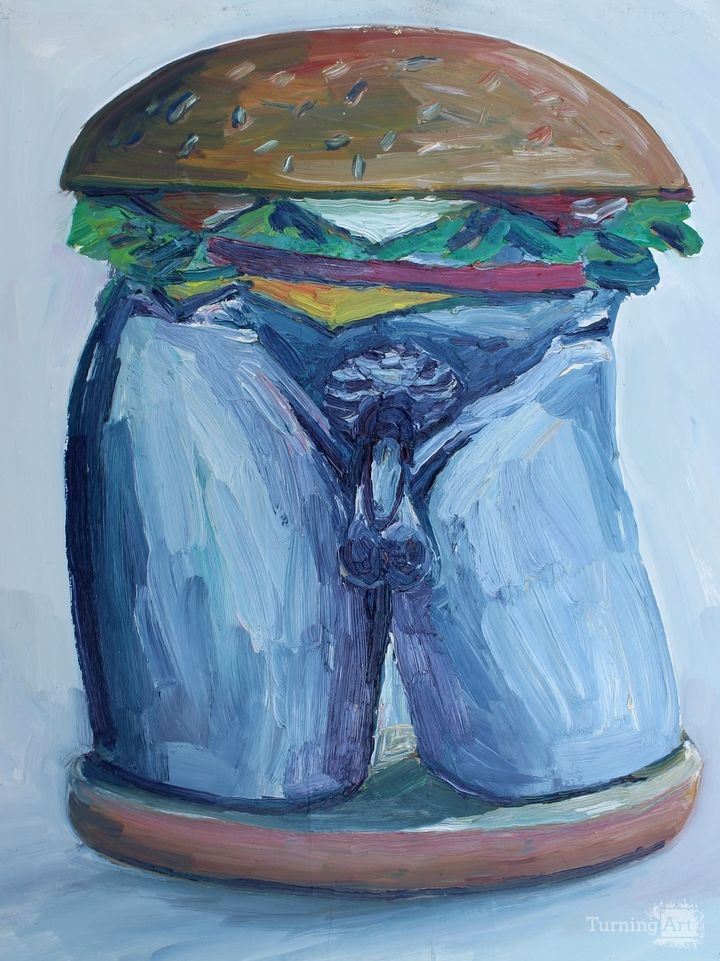 Part of my fast food painting series. Oil on .25 in plywood, the edges have some chips from the cutting of the plywood.