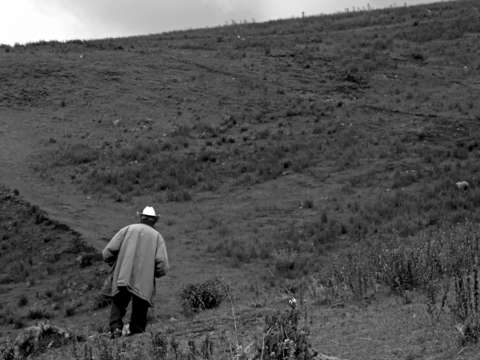 Herder in the Mountains

One of my favorite photographs that I have ever captured. This image is of an old, half blind Guatemalan sheep herder that I met during my yearly visit to Guatemala. I met him WAY up in the mountains, about 12,000 ft above sea level. He spoke a Mayan dialect and not Spanish, so I could not openly communicate with him, but he seemed like such a content and happy man. He had with him two sheep, his hat and jacket… and most likely that is a great deal of everything he owned. Yet he had a happiness and aura to him that is indescribable.
After he parted from my group, I snapped this shot off as I was watching him walk away.