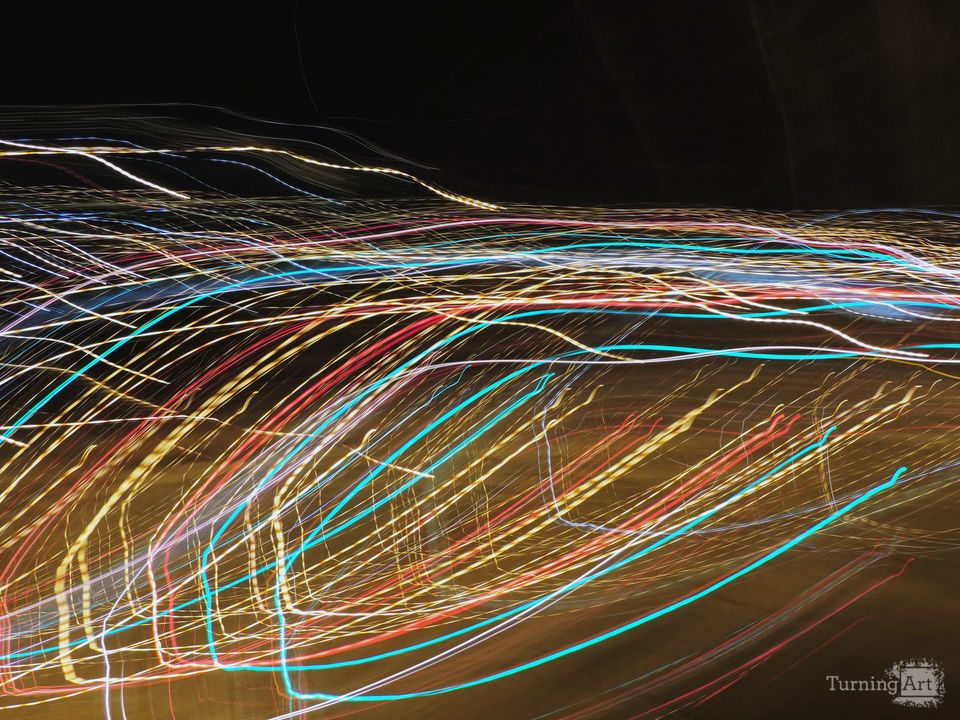 A new series of abstract photographs I started taking during the first quarter of 2015. These photographs are completely abstract in nature, taken at night, and can theoretically represent anything the viewer wishes to see. The title of the piece (and most images from the series) are left untitled, in order to not persuade anyone from thinking the image must be "this" or "that."

This particular piece is my personal favorite of the series, so far.

Other works by Robert Darabos

Robert Darabos is a current graduate student, studying and residing in Philadelphia, Pennsylvania. His most recent body of artwork deals with the use of repetition, optical illusions, abstraction, and mark making. They have an abstract quality to them, though are not necessarily abstract, and almost always contain the motif of a circle, or another geometric shape.

His medium of choice is printmaking, though recently he has been experimenting with collage work, as well as drawing. He has also been working in alternative photography processes, particularly cyanotype, and using the process as a means of fine art instead of photography and creating beautiful one-of-a-kind works of abstraction.

Robert has been showing his work in galleries and exhibitions since 2007 and have had over 50 shows, 9 of them solo, several publications and multiple awards. His work has been shown primarily in Michigan but has also appeared in Chicago, New York, Seattle, Kansas, Arizona, Philadelphia, and North Carolina, as well as internationally in Canada, England, Colombia, Australia, Japan, China, Wales and Malaysia. He has also placed works in personal, private, and permanent collections. His work is featured in international collections in Derbeyshire, England, the Chengdu Academy of Fine Art in Sichuan, China, the Hambis Printmaking Museum in Cyprus and the Museum of Modern Art in Wales, among others.