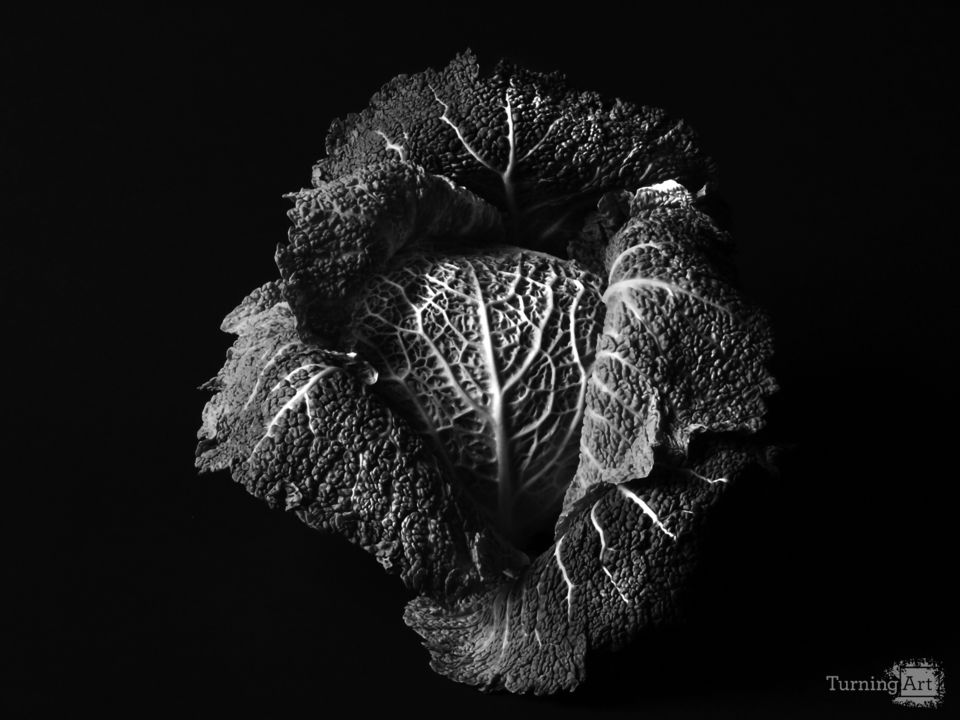 Asian markets carry some of the best produce, several of which are non-traditional American produce. Many of these fruits have great and unusual shapes. I focused in on these shapes until my eyes created something that is completely unrelated (in most cases) to the vegetable itself.

This green leafy cabbage instantly caught my attention with the numerous amounts veins and arteries. As I peeled back the limp layers to get to the more crisp ones I immediately saw an opened chest with a vibrant heart nestled inside.

Other works by Morgan Chandler

Morgan S. Chandler is a Delaware native and photographer currently based in Washington, DC. She draws inspiration from Group f/64 photographers as well as the personification and emotions that stagnant nature exudes. She enjoys the ability to have control of the light during in-studio shoots but appreciates having to adapt to the sun’s light to capture her best outdoor works. Morgan is a graduate of Norfolk State University with a B.A. in Fine Arts Graphic Design. She photographs with a DSLR and a large-format film camera.

“My eyes tend to see objects in a way that makes them look like something else. For example, don’t you know when you look at the big, fluffy clouds in the sky? At first glance they are obviously clouds. But if you stare a bit longer you see a mountain, dragon, or the shape of a country. That’s kind of how my eyes work everyday and how I capture and crop my images. If you ever catch me staring at something, that’s probably what I am consciously or sub-consciously doing.” – Morgan Chandler