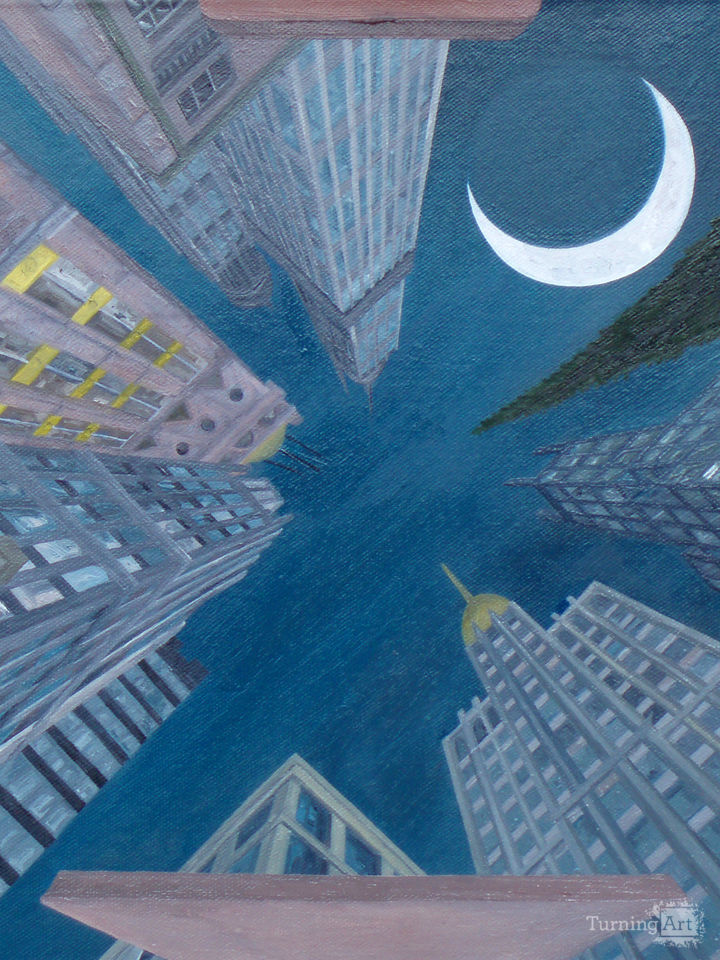 On this large thick canvas is downtown in the dark. The moon, tall buildings, and dark sky call peacefully to you. Look closely and enjoy.

Leopold has exhibited his work in hundreds of competitions and galleries across the country and around the world. Presently, more than 100 of his paintings are in collections in locations including Berlin, Geneva, Jerusalem, Paris, and Tokyo.
Samuel Leopold grew up along the banks of the Mississippi in New Orleans and was introduced to painting in oils at age nine. As a teenager, Leopold debuted at the Gasperi Gallery and also represented his congressional district in the 6th Annual Congressional Art Competition, exhibiting at the U.S. Capitol Building. Throughout his twenties and thirties, Leopold showed at galleries, contended in contests, and became part of a variety of collections. International acclaim came to him as a finalist in the Hyogo International Competition of Painting at the Hyogo Prefectural Museum of Art in Kobe, Japan. Leopold continues to exhibit his work in galleries, competitions, and private events across the country and around the world. He now lives in the Chicago area with his family of muses and critics.