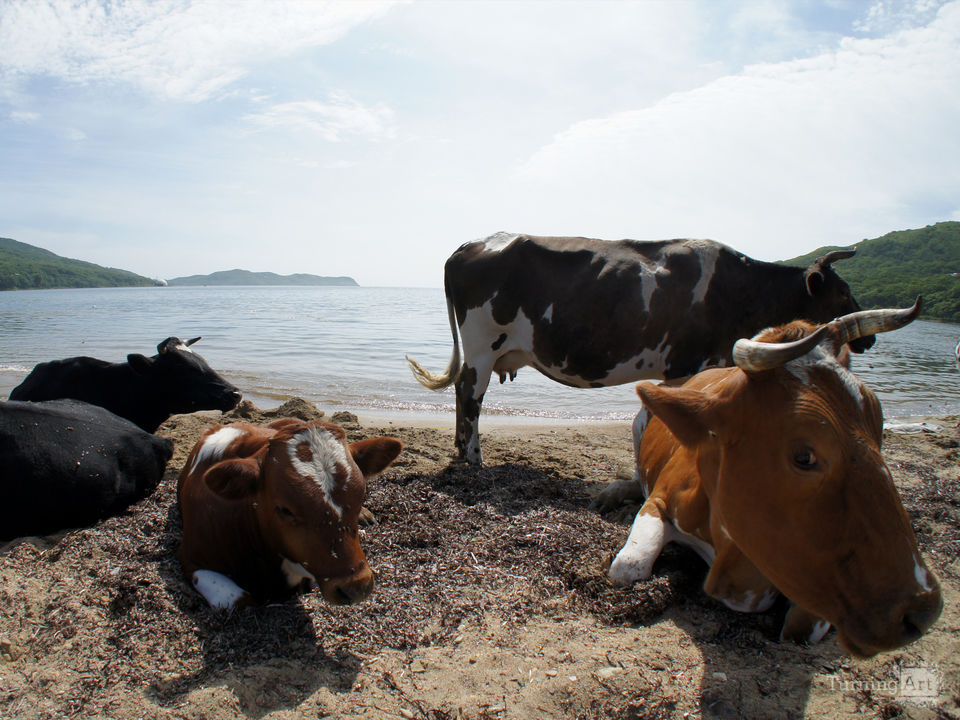 A special group of cows that live by the beach in Vladivostok, Primorsky Krai, Russia.
Eating seaweed all day gives their milk a seafood tang and the best tan in all of cow kingdom.

Other works by Han Yang Lee

Han Yang Lee grew up in Singapore, and began making ballpoint pen drawings when he was stuck in classrooms and offices. Although Han now works with photography, ball point pen drawings will always be a part of his artistic process.

When he moved to the U.S. to attend Brown University, Han's travels became very influential to his work. During this time, he developed an eye for the unusual, quirky aspects of society. He is also interested in graphic design and enjoys creating stop-motion videos from photographs. He is currently enrolled in the "Safehouse Atelier":http://www.thesafehouseatelier.com/ in San Francisco, specializing in video game and conceptual film art.