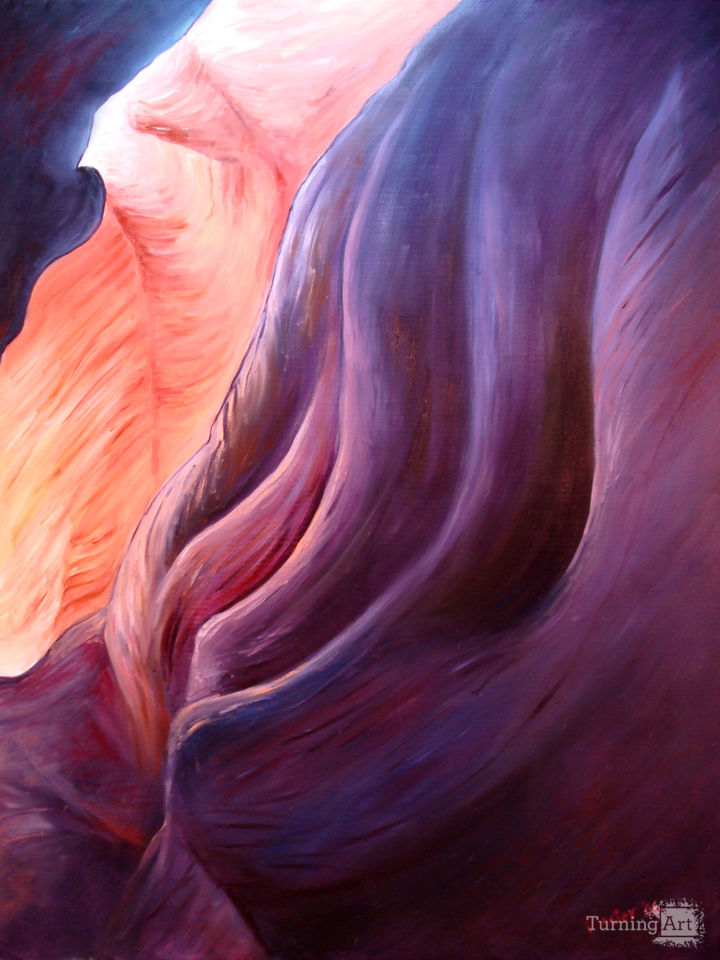 Composition in Purple and Orange

I used to love to hear viewers ask, "What is It?" What do you think?

Other works by Scott Plaster

A self-taught artist, Scott Plaster subscribed to The Artists’ Magazine as a teenager and immersed himself in art history and technique books of a broad variety. He maintained these interests into adulthood, but did not initially pursue a career in art.

After receiving a master’s in English from Appalachian State University in 1995, Plaster began his career at IBM. From the company’s Raleigh, North Carolina, location, he led the education function for its worldwide retail division. Plaster led his team to create IBM retail’s first technology-based training courses on CD-ROM and the internet.

Most recently, Plaster and about a dozen other North Carolina artists formed an organization devoted to promoting the arts in their community. Named “The Cosmic Cow Society” after one of Plaster’s paintings, the group meets monthly to discuss, share, and present topics on art, philosophy, music, and other cultural themes. It also hosts several shows annually, which feature local North Carolina artists.