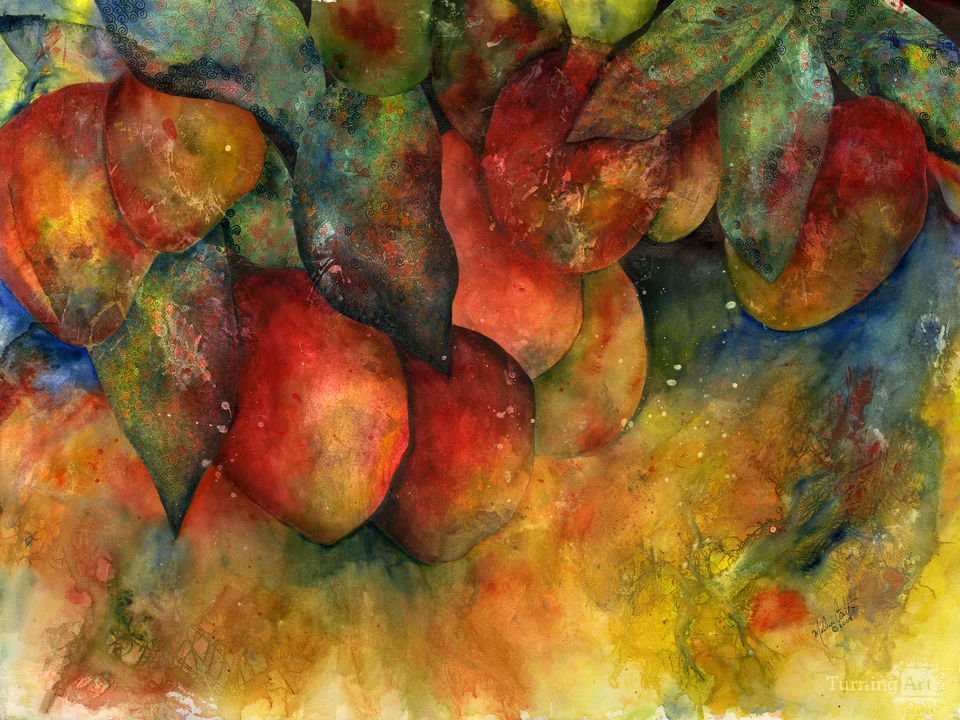 I represented Africa through Mangoes as they are a very common and staple fruit in there. I also wanted to bring about awareness of the orphan situation and awareness of HIV/AIDS, so I have done that by adding an element of texture to the leaves. There are approximately 48 million orphans in Africa alone. 12 million of those orphaned are orphaned by HIV/AIDS. Every circle on the leaves represents an African orphan and every red circle further represents an orphan left alone by HIV/AIDS. There are approximately 2000 circles on this painting. That is less than 1/2 of the children that became orphans in Africa today. My hope is that every time an individual looks at this painting that they don't just see mangoes but that they see orphans affected by HIV/AIDS, Malaria, and poverty. My hope is that they will not only see the need but will be motivated to do something about it to change it for the better. To change the life of a child.

Other works by Melissa Carter

Melissa Carter has always been a creative.

Her family signed her up for some watercolor classes and she was hooked. Her art has evolved since then to include bright colors and textures using other mediums. She recently discovered alcohol inks and has been playing with them. Melissa is always exploring as she paints to create movement with her medium. She is also the mother to 15 kids, 14 who have been adopted internationally. She feels her paintings are very spiritual in nature and hopes that they speak of the hope that is available to those who see them.