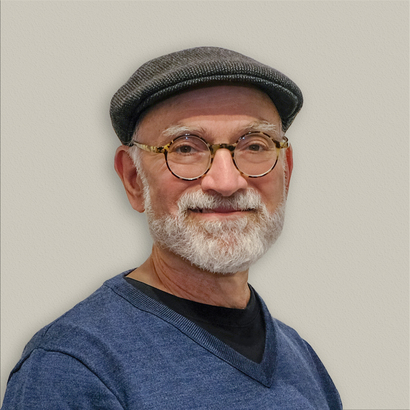 Steve Bennett is a Cambridge, Massachusetts-based visual artist. He began taking photographs more than 40 years ago in the age of film, and transitioned to digital photography in the late 1990s. His work has been shown in solo exhibits as well as juried and member events sponsored by art organizations and galleries. It has also been displayed at prestigious technology, biotech, and financial services firms.

Steve’s traditional photographic work, “the world as seen,” includes candid street shots, “unintentional” still life compositions, detailed close up shots of natural and human-made subjects, and expansive landscapes. On the street, he looks for poignant moments within the ordinary as people go about their day. Steve also seeks opportunities to frame commonplace objects in novel ways.

When viewing the world through a macro lens, Steve’s goal is to draw viewers into realms of rich patterns and forms that are not readily discernible to the human eye. And when capturing majestic landscape scenes, he reaches for a sense of splendor, the sheer awe and humility evoked from experiencing nature on its grandest scale.

The body of work Steve calls the “world reimagined” begins with a vast assortment of images that include architecture, infrastructure, technology, urban artifacts, and natural elements. He uses digital tools to bend, break, and blend elements of as many as 100 different photos to create a composite, a dreamscape that transforms the known world into a surreal, imaginary universe.

Steve earned his undergraduate degree from the University of Rochester, Kodak’s hometown, where he frequented the George Eastman House and the International Museum of Photography. Masters who have influenced his work include Henri Cartier-Bresson, Ansel Adams, and Dorothea Lange. He also owes a lot to the work of surreal painters such as René Magritte, Ernst Max, Salvador Dali, and others who stretched the bounds of the imagination.


Other works by Steve Bennett