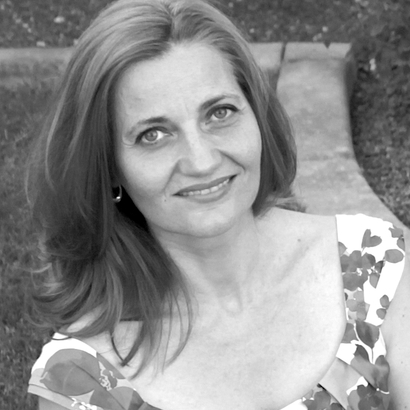 Simona is a Romanian-American artist currently living in Arizona. She received her BFA with honors (1997) from the University of Arts and Design, Cluj, Romania, where she majored in Fine Art Photography. She continued her studies as a recipient of a scholarship for studies in set, costumes and lighting design, at Teatro alla Scala, Milan, Italy (1999-2001).
She has exhibited in numerous solo and group shows in Romania, Italy, Chile and the U.S.
After living in Europe, the Middle East and South America, Simona moved to Arizona in December of 2015.
Her work includes paintings, drawings, ceramics and textiles.
She finds inspiration in nature, which she reconstructs either by memory or by combining pictures she takes in her travels. She is also influenced by minimalist sculpture, land art, architecture and design.


Other works by Simona Gocan