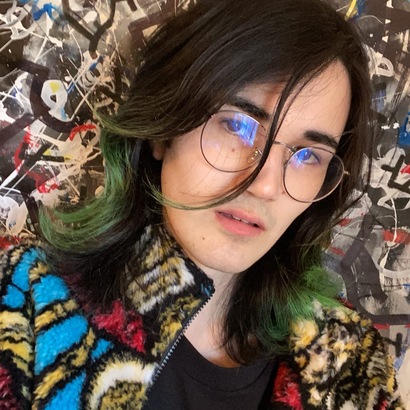 Shaw Lenox is a visual artist working primarily in acrylic paintings and mixed media sculptures. Her work tries to capture and celebrate the cerebral overstimulation of the world we live in through line, contrast, and symbols. Born and raised in San Francisco , she grew up biracial and bilingual; taking in both the American culture of her father’s family and the Chinese traditions of her mother’s family. Creative from a young age, Shaw grew up around her father’s stained glass shop, taking in as much of the medium of stained glass as she could. She started painting in middle school, but took to it as a way to express herself in college. Influenced by her father’s craft and her Chinese heritage, her paintings sometimes include lines that reference to the leading in stained glass as well as Chinese words. She has had works included in student art shows at Skidmore College as well as staged her own solo shows.