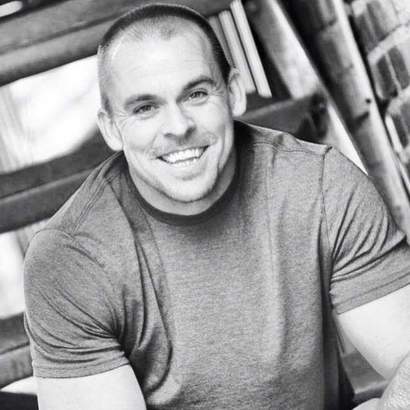 Sean Giboney is a modern abstract artist born in St. Louis Missouri and currently resides in Oklahoma City Oklahoma. He has over 30 years of experience working with acrylic, oil and enamel. Sean’s vision in his art is an expression of his creative freedom. Sean was born with an eye disease called amblyopia which only allows him to see out of one eye. Sean learned at an early age how to draw despite his inability to see through one eye. He soon began other mediums such as watercolor, pastel, charcoal and colored pencil. He entered numerous Oklahoma art competitions throughout middle school and high school receiving many awards. After graduating high school he went on to further his studies at the Art Institute of Dallas and later came back to Oklahoma.
“ I finally found my artistic vision through abstract designs and studies, its allowed my to be in full control of my passion and vision to express this inner energy of creativity. Not putting limits on what I find as inspirational and creative is the beautiful thing about freedom of expression, there is no limit”
Sean has sold paintings to collectors in Beverly Hills, San Francisco, Los Angeles, Dallas, Washington, Florida, Maryland, New Jersey, New York, London, Amsterdam as well as numerous cities throughout Oklahoma.
Sean has been commissioned to paint for high end clients such as Kevin Durant of the Golden State Warriors and Daymond John of the hit television show “Shark Tank” as well as several CEO's of corporations located in Oklahoma City.


Other works by Sean Giboney