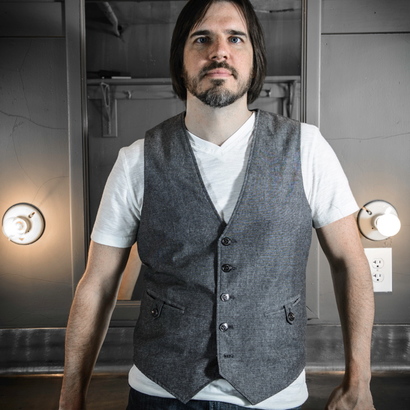 Scott Aumann has always had a love of photography. It all started when he was young while looking through old family photo albums. There was something special about those photos that he couldn't explain. When his family got a Polaroid camera, he was able to take photos and then see the results almost instantly. Scott later developed his interest into a more serious hobby during high school when he took a photography course offered there. He learned all of the core skills needed to be a good photographer. At that time, cameras were still film. Scott learned how to shoot on film, develop the film, and even develop the print. These skills would help him when he made the leap to digital years later.

Scott is also interested in many other things including music, cars, and electronics. You might find all of these interests creeping into his photography. Scott worked for over 20 years at a theater lighting company as an electronics technician. He was exposed to a theatrical way of lighting subjects during that time.

Scott's love of music served him well. He was part of a blues-rock band from Madison, WI called Mojo Radio that was signed to the Grooveyard Records label. Scott spent much of his time while not playing to document the band's journey. There are countless shots of the band backstage or in the studio.

Scott tries to blend a lot of his passions into one thing. Sometimes that creates a new way of thinking about a subject. He uses his electronics mind to think about how things work underneath the shell, his car mind to see the overall design, his music mind to feel how things flow together, and finally his photography mind to capture a great image.

Scott is always looking to learn new things. Sometimes even limiting himself to force himself into finding a solution he hadn't thought of before.


Other works by Scott Aumann