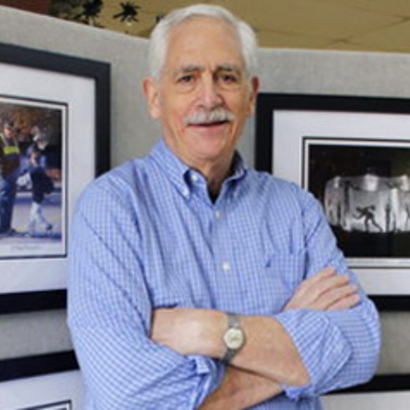 For the last five decades, photography has been one of the center pieces of Ron’s life. Since publishing his first photograph in his junior high newspaper, he has been fascinated by the printed image. Whether an 8×10 print made in his home darkroom or one of his images published in Life magazine, his photographic experiences have allowed him to document his life and the world around him.

While the subject matter of his commissioned work has been influenced by clients, it is the self-selected subject matter of Ron’s personal projects that has allowed him to develop his creative vision. In many cases, the topic was how people interacted with their community including politicians being politicians, citizens volunteering on projects that have benefit to their communities. In bringing his vision to the creation of evocative images, Ron has followed two guidelines from two photographers he admires, Minor White and Henri Cartier-Bresson: Previsualize the Image, and Capture the Decisive Moment.

Emory University Library Archives acquired Ron’s 1970s silver gelatin print collection of the political, social, business, sports and life styles of Atlanta. This acquisition gave him the confidence to start a larger project. His next undertaking is to edit and digitize the collection of 500,000 black and white and color photographs made over the past forty-nine years. The access Ron had to document many of his subjects is unheard of today. His goal is to publish a snapshot of history in a hard-cover book and to create a gallery exhibit to showcase the stories he has covered.


Other works by Ron Sherman