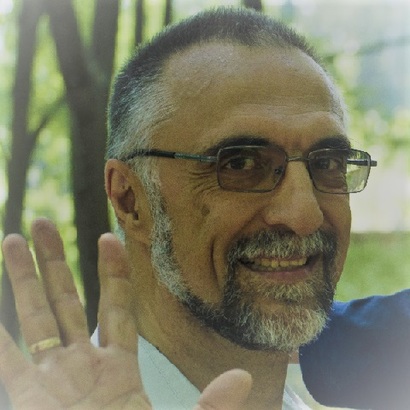 Peter’s journey started at the end of 1955 near Sofia – the capital of Bulgaria. During his childhood he wanted to paint pictures and play piano. His parents wanted him to become an engineer. So he became an engineer who plays the computer keyboard and uses his knowledge for incarnating math beauty in artworks.

In 1985 Peter was fascinated by the hidden loveliness of some ugly fearful formulas. Since then, actually all his professional life, he’s been dealing with 2D and 3D visualization of complex math objects. According to him discovering their charm is a fantastic adventure. That's why he describes himself as a beauty hunter, who chases it in the math jungle. He turns equation beasts into abstract enchantment making possible for people to have it as fine art prints.

This love affair continues to the present day. That makes more than 3 decades in which Peter has used various software tools (including written by him) for being able to capture the magic. In the meantime he gained life and professional experience; raised his children; traveled around the world; entered politics and left it with disgust… And all those years he never exhibited his works. They were only available to a close circle of people. Hardly now Peter opens them for the connoisseurs of this digital art – art emerging from the impact of weird formulas, smart technologies, and our human sense of beauty.


Other works by Peter Petrov