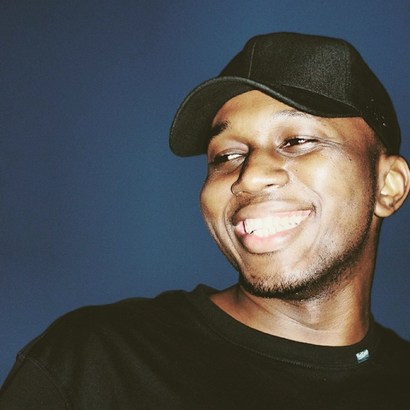 In 1989, in a rather composed city of Dar es Salaam, then, I was introduced to life. A third (3rd) born to a family of four lovely children of Mr. & Mrs. Ambakisye Kihali.
Although a stranger to this world, just like my two other brothers and young sister, greatness was written all over my face. On my first cry, I confirmed that I was destined to THRIVE rather than survive in life’s battlefield. However, this turned up not to be the case in my early childhood days.
I felt frail and handicapped by life’s beating. I was knocked down. I lost focus. All of my dreams shuttered into pieces. Greatness, written all over my face, had now disappeared or had been veiled. There were no traits or signs of it anywhere. The term THRIVE was no longer a reality, thus I opted FOR SURVIVAL.
It wasn’t until in 2005 when I felt to have been brought back to life. I reconnected with my thoughtful world; a world that had preserved me with greatness. The significant change and dynamic shift to my life was all subject to a hanged image of a person at the beach. The picture was of twilight scenery. The sun was on the verge of being swallowed to the unsatisfied mouth of the ocean which had already feed itself with all the fish and water it could ever think of.
Then, I knew for sure, the image not being genuine. I however had neither an understanding nor a clue as to how such an image was created. I was mesmerized, thus inquired to know as to how the image was created. This eventually introduced me to ADOBE PHOTO SHOP; and further introduced me to the general concept of graphics design.
It was the first contact with the image hanged on the wall that communicated my purpose to this world. It was my engagement with Adobe and Graphics Designing that gave birth to the general concept of Tree Shade – the haven to my artistic explorations. A safe haven that shall communicate and engage with each soul that envisions the images in the gallery.
TREE SHADE is sought to be that place that obscures others from the thoughts of self doubts and instead provide for possibilities. Having had a rough life in my part, I therefore dedicate this platform to provide for various possibilities to others. This including among others: the possibilities to overcome; possibilities to survive and thrive; and possibilities to conquer and prosper. Most importantly is establishing the possibilities to become GREAT in whatever our endeavors.
I, Peter Ambakisye Kihali, welcome you to TREE SHADE ART GALLERY to enjoy, learn and experience the world of possibility as your inner souls communicate with every image.


Other works by Peter Kihali