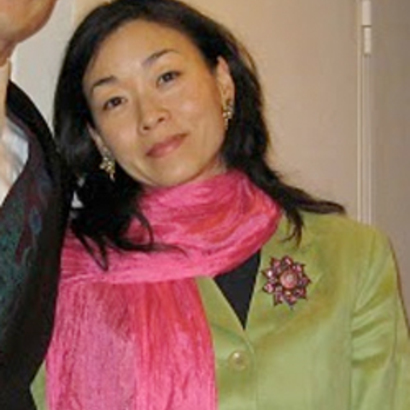 Pauline Lim was born in Clarinda, Iowa, in 1966, to parents who immigrated from post-war Korea. Raised by a family of physicians, Lim was pressured to become a doctor. To her parents, who had lost everything in the war, it was a matter of survival. Groomed for the Ivy league as early as four years old, Lim learned to play the piano, cello, guitar, flute and studied voice. She took jazz, tap, ballet, and gymnastics lessons while enrolling in art programs every summer. She was expected to bring home straight A’s on every report card.

Lim spent senior year of boarding school playing flute for the orchestra and singing in several choral groups. With a variety of university acceptances Lim enrolled at Harvard in the fall of 1984. Unfortunately, the culmination of years prepping to be the perfect candidate led to an immense sense of letdown when she found herself depressed and miserable despite her outward success. She drifted from major to major, psychology to literature to music, and found that Harvard had a knack for draining the fun out of every subject. When Lim found the Department of Visual and Environmental Studies, Harvard speak for “Art and Architecture”, she found bliss as the focus was on active creation rather than reading and analyzing. Lim started cutting all bookish classes and attended all music rehearsals and studio time—her way of getting through her undergraduate years without jumping off a tall building.

Today Pauline lives in the Brickbottom Artists community (brickbottom.org), the oldest work-live artists' community in the USA, and is paid as a soprano at Payson Park Church, Belmont, MA. She also sings with the Schola Cantorum of Boston, an acclaimed early-music vocal group. She is a former paid soprano at S. Stephen’s Church at Brown University in Providence, RI. Exhibiting extensively in the US and in Europe while granted many art and music awards, Lim has survived thus far.


Other works by Pauline Lim