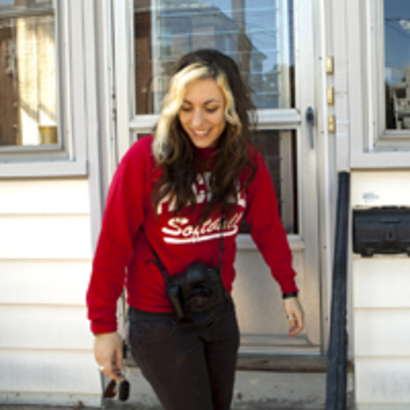 Paris Visone is a documentary photographer based out of Boston, Massachusetts. She graduated from the Art Institute of Boston where she currently teaches. Paris received the 2010 Getty Images Editorial Photography Grant for her series "Gender Roles and Appearance". She recently finished touring with and photographing the legendary punk/new wave band, Blondie. Paris is best known for her ever evolving documentary study photographing her family and friends. She has been featured in multiple publications including Fiasco Magazine, F-stop Magazine, and Performer Magazine. She is currently working on a series that follows a group of people throughout their lives. For more on this project you can visit "her website":http://www.parisvisone.com/.