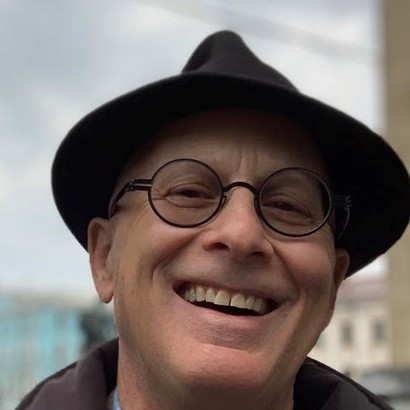 Thinking is more interesting than knowing, but less interesting than looking. The source of my practice is the world with all its beauty and confusion – nature, so alien and alluring, the social, equally baffling but no less wonderful, and the uncomfortable friction between that, and our internal interpretations. Life eludes easy understanding or conclusion: what are we seeing when we really think about it and how did we miss it before?

Owen Brown was born in Chicago, trained as a classical musician, took his first art class at 23, and much of what he’s wanted to do since then has been paint.

Brown holds degrees from Yale College and the University of Chicago, and was a degree student at California College of the Arts. He lived for over 30 years in San Francisco, where he was represented by Meridian Gallery. He now lives in Minneapolis.

Brown has exhibited in juried shows and solo exhibits throughout the United States, Europe and Canada. His works have been acquired by the Fine Arts Museums of San Francisco, the Minnesota Orchestra, the Nature Conservancy, and the Weisman Museum of Minneapolis, and can be found in collections in this country, Europe, and Asia. Brown has had residencies at Air Le Parc in France in 2017, and at the Land Institute in Kansas in 2018, where he created his first installation: “Units of Measure.” He is represented nationally by Holly Hunt and Gallery 13, he shows regionally at Veronique Wantz and Grand Hand, and has collaborated artists of other disciplines, such as Emily Wolahan, and Ashley Richardson, poets, and Anat Shinar, choreographer.

His art has been reviewed or published in the San Francisco Chronicle, Vostos, the Dew Drop, the Exeter Bulletin, Aesthetica, The Land Report, A2, F3LL Magazine, Wild Roof Journal, Beyond Words, Closed Eye, The Space Between the Stars, and Paragon. Meridian Gallery Press published a monograph of Brown’s work for the opening of his show “Ideasthesia.” His work was also included in the Society for Art Publications of the America’s final publication: “Trees of the Field.” He was an invitee at Art Prize Nine and invited to show at the since-cancelled 2020 Kochi Biennale, in Kochi, India. A detailed exhibit list is available on request.


Other works by Owen Brown