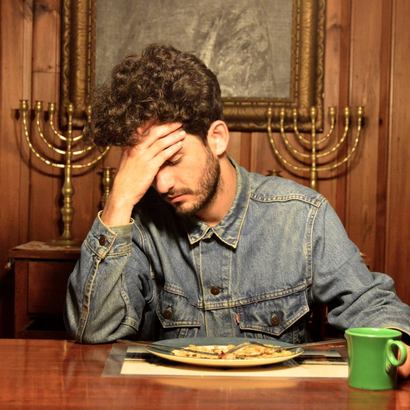 Max Schieble, also known by the pseudonym Elbows, is a cross-medium storyteller, creating through illustration, design, songwriting and vocalization. By working simultaneously in visual and sonic mediums, he strives to develop narratives that unfold and connect through the different art forms, informing each other and expanding on a particular story. As lead songwriter and vocalist for neo jazz group Pharaohs, Schieble is currently working on an album/storybook, entitled Home, set to be released in 2015. Birthed in San Francisco, he graduated from NYU in 2013 with a BA in Narrative Studies and Creative Expression, and also spent time in the cartoon department of The New Yorker magazine. His work is influenced by cubism and surrealism, as well as cartoons and comics. He currently lives and works in New York City. A relatively new artist on the scene, Elbows is coming to the table.