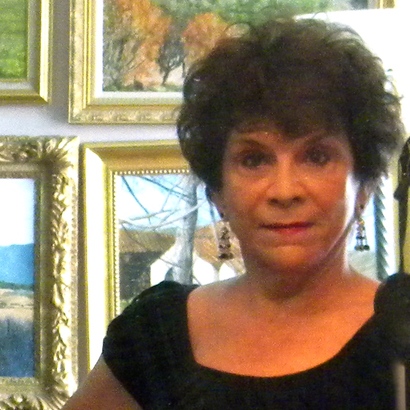 Marta Bartolozzi, a native New Yorker, has lived in the Philadelphia area since 1990. She is a graduate of the Parson’s School of Design in New York where she majored in Fashion and Editorial Illustration and lived in Florence, Italy for several years where she specialized in restoration, finishing, gilding and decoration of wood.

Marta has taught in various art centers. She has taught, exhibited and sold her work, and has won various awards through the years.

Her themes and styles are varied; her landscapes, which have been strongly influenced by her years in Tuscany, range from purely representational to impressionistic. Her figure paintings and studies are representational, as her motive is to convey the innate beauty of the human form and condition.

Marta believes that an artist’s work should speak for itself and that it should not fall on the artist to explain motives or methods used. Marta tries to draw the observer into the artwork- to become part of the visual experience. Marta says, If the observer can feel that he or she is ‘there’, then I have succeeded. My goal is for the observer to affirm a silent ‘yes’.

Her semi-abstract “Earthforms” paintings were influenced by an incident some years ago where some of her nudes were censored from a solo show. Marta used this event to merge the human form with the landscape, creating a unique result that yields an illusionist-expressionistic effect. This art form has since won numerous awards, the latest being the John Gilliam Prize at the Main Line Art Center’s Betsey Meyer Competition for Experimental Art.

Some awards have been through the Philadelphia Sketch Club, The Plastic Club, Chester County Art Association, Community Art Center, Main Line Art Center, and her work was chosen to be represented at the William Penn Foundation. Her media include oil, gouache and pastels.


Other works by Marta Bartolozzi