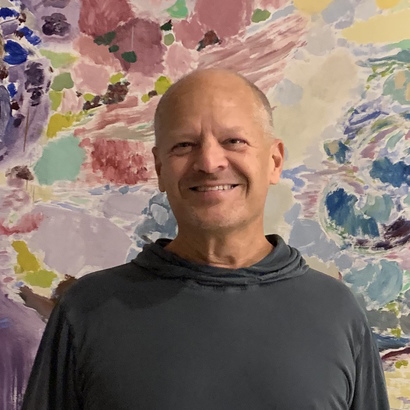 Perry, mainly self-taught resides in East Hampton & NYC. Born and raised in Providence, RI. He attended Evening Division Portraiture and Life Drawing at RISD, while working ten years as an Electrical Draftsman for an architectural engineering firm in Providence.

In 1987, Perry entered the Providence Art Club's "Open Painting Show" winning the Milton Halladay prize for: "Bonnie, Portrait of a Woman." He worked weekly with a small group of RISD affiliated artists through his twenties. In 1989, he moved to NYC and continued drawing at The Spring St. Studio. In the mid-1990's He began splitting time between NYC and Eastern Long Island. Today he makes mostly Abstract paintings.


Other works by Mark Perry