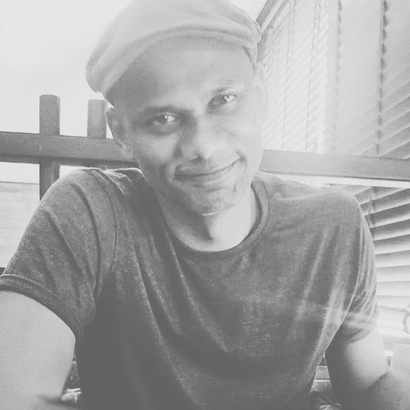 Born in Teluk Intan, Malaysia in the 1970s, Manickam Bala grew up in a place and era that sparked his passion for photography. He was introduced to photography as a child by his father, who is a keen photographer himself. He specializes in a range of photographic genres including architecture, travel, people, and street. The photographs he captures are inspired by the food, music, design, horror, and sci-fi films that fill his slightly off kilter world (sometimes to the point of obsession).

Manickam spent the beginning of his career working as a professional photo retouching and restoration artist. It was after this that his interest in photography, specifically architectural abstract, was rekindled whilst he was a photography student at RMIT, Melbourne.

Manickam’s work has earned him multiple awards, including several AIPP (Australian Institute of Professional Photography) awards during his stint in Australia. His work, "Fade / The Shrine ", has also been featured in the "National Geographic Greatest Landscapes: Stunning Photographs That Inspire and Astonish" book. He currently resides in India where he travels and photographs ancient temples.


Other works by Manickam Bala