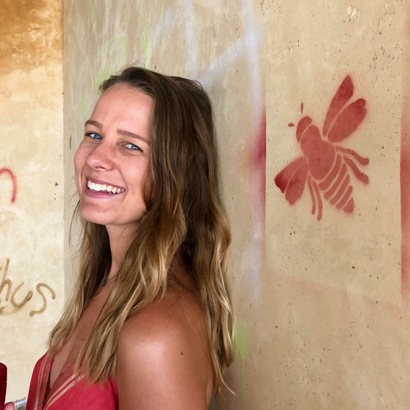 Kelly Paterson was born in Harare, Zimbabwe. She was schooled there until having to leave in order to gain tertiary education. She did so at Vega School of Brand Leadership in Cape Town, South Africa, where she attained a Bachelor of Arts. Although she had always enjoyed art, and succeeded in it at O and A levels, it was only until after she left school that she discovered her passion for painting. By this time, she had already been accepted into her university of choice, and so went on to study copywriting. Kelly kept painting in her spare time, and sold a number of works (mostly commission based) throughout her studies. The artist works mostly in oil paints, and has been inspired over the years by the beauty of her life in Africa, trying to capture the essence of its vibrancy. Since graduating, Kelly has sold her work across Zimbabwe and South Africa until recently relocating to London in order to pursue her dream of becoming a full time artist.

Statement:
My aim has always been to capture the intricate beauty of a life lived in Africa; there’s inspiration around every corner there. Whether it be in the landscapes, the wildlife, the plants or the people. Lately I’ve been focusing on botanicals. There’s something so fascinating in the complexity of natural patterns, and I just can’t get enough of the colours. My preferred medium is oil paints. They’re really unpredictable and pretty hard to manipulate but there’s something magical about them; their vibrancy and richness, and there’s nothing more satisfying than smearing them on thick with a palette knife. That said, it doesn’t really matter what I’m using – the plan is always to create, create, create.


Other works by Kelly Paterson