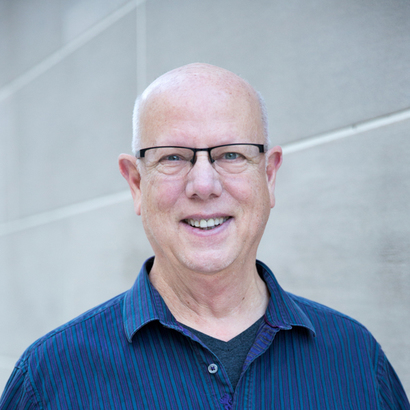 After graduating from R.I.T. with a degree in Photography as a Fine Art Jim went to Washington DC and began a career as a freelance photographer. He was a part time teaching assistant at the Corcoran College of Art & Design. Soon thereafter he was invited to be a Director of Photography on a stop motion film. From there he started a 40 year career in the film/visual effects business. Jim has worked with many of the best VFX shops in the country, Digital Domain, Blur, Ntropic and many more.

For the last 6 years he has been developing his photography once again and as of December 2018 it is a full time career in the Photography as a Fine Art world. He and his wife Melissa recently had their book published, “Mod Mirage- Mid Century Architecture of Rancho Mirage” that Jim did all the contemporary photography for.

Jim’s interest in photography as a design tool has led to many shows, awards and assignments. The work is about design, composition, abstract shapes and space. Light is primary, especially in black & white. Travels have taken him from Patagoinia to Los Angeles, Barcelona, Valencia, New York and many other places.

He has been working on two series, Patagonia and Salton Sea which both depict a part of the world that has either been forgotten by man or where nature is dominant. These two series have been published and won awards.


Other works by Jim Riche