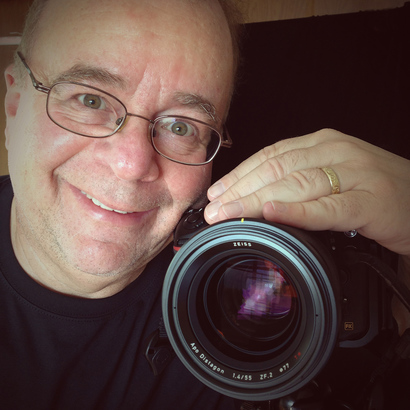 Harold Davis is an artist and bestselling author of many books, the developer of a unique technique for photographing flowers for transparency, a Moab Master, and a Zeiss Ambassador. He is an internationally known photographer and a sought-after workshop leader. His website is www.digitalfieldguide.com.

Harold Davis’s work has been exhibited in numerous venues including MacWorld, Photokina in Cologne, Germany, PhotoPlus Expo in New York, the Gallery Photo in Oakland, CA, Shoh Gallery in Berkeley, CA, the Arts & Friends Gallery in Heidelberg, Germany, and the Awagami Gallery in Japan. Harold is represented by the Weston Gallery, Carmel, CA.

Harold Davis’s work is in collections around the world, and licensed by art publishers, in annual reports, and has appeared in numerous magazines and many publications. Harold's work combines innovative technology with digital painting and photographic techniques. As one collector puts it, "Harold Davis is a digital artist using photographs as his source material."

Harold is the inventor of a widely admired technique for photographing flowers for transparency on a light box, and a pioneer in adopting in-camera multiple exposures to studio photography in the digital era. His floral prints have been called “ethereal,” with “a purity and translucence that borders on spiritual” by Popular Photography. According to Rangefinder Magazine, Harold Davis is "a man of astonishing eclectic skills and accomplishments." One area of his particular interest is extreme color post-production techniques using LAB color, an alternative way of thinking about and interacting with color. Recently, he has been working with x-ray apparatus, and combining the results with translucent photos, to create unique "fusion" x-ray imaging.

Harold is the winner of a NANPA (North American Nature Photography Association) Judge’s Choice award, and his photos have won numerous juried competitions around the world. His one-person exhibits include Shoh Gallery, Arras Gallery, New York, the New-York Historical Society, and Discovery Gallery, New York. In addition, Harold’s photography is included in collections including First Boston Corporation, Tishman Realty, and the Museum of the City of New York.

His photographs have been featured and anthologized in Photography for the Art Market (Amphoto), Masked Culture (Columbia University Press), by the New York Open Center and the Maine Photographic Workshop, Rangefinder Magazine, Nikon World, Popular Photography, Digital Photography Magazine, and elsewhere. Harold’s art has been used as book covers by major publishers including St. Martin’s Press, Prentice-Hall, and many others. He is the creator of the images used on the covers of the acclaimed Ringing Cedars book series. His work had been reproduced in posters published by Bruce McGaw Graphics, Dryden Gallery, Editions Limited, Modernart Editions, New York Graphic Society, and others.

Harold is the author of many bestselling photography books including The Way of the Digital Photographer (Peachpit Press, awarded as a Best Photography Book of the Year by Photo.net). Harold's book, Achieving Your Potential As a Photographer: A Photographer’s Creative Companion and Workbook (Focal Press), has been termed "a great accomplishment" by creativity guru Steven Pressfield.
His Photographing Flowers (Focal Press) is a noted photography “classic,” and is rated the Best Guide to Flower Photography by Digital Photographer Magazine. Harold books, which have been translated into many languages, tend to combine photographic and post-production instruction with travel adventure stories in an elegant presentation.

Harold’s blog is one of the world’s top digital photography blogs (per Feedspot award), with thousands of stories relating to photography and art since 2005. His blog stories have been syndicated and used as guest posts worldwide.

Harold Davis has led destination photography workshops to France, Spain, Italy, and Morocco; and to United States locations such as the ancient Bristlecone Pines of the eastern Sierra Nevada Mountains in California.

Harold is a popular online teacher via video courses on platforms including Bluprint, LinkedIn Learning, and Lynda.com. His ongoing photography workshops in partnership with institutions including Point Reyes Field Seminars, the Center for Photographic Art, Maine Media Workshops, and the Heidelberg Summer School of Photography are in demand and very popular.

When not traveling in search of photographic adventures, Harold can be found at home in his flower garden in Berkeley, California, with his wife Phyllis and their four children.


Other works by Harold Davis