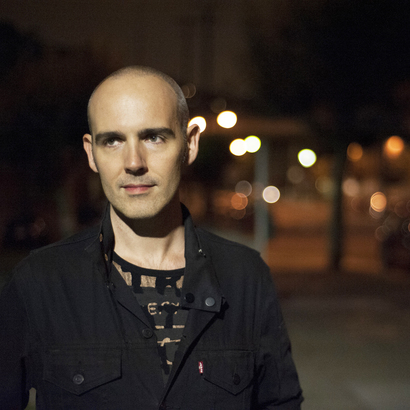 Gregory Douglass is an internationally acclaimed independent musician, but also a recently self-proclaimed painter. NPR's "Morning Edition" has coined Douglass "one of New England's best-kept secrets" in music, but his visual artwork is still evolving. Douglass' spark for visual art was somewhat sudden, resulting from the blank walls of a new apartment, a bottle of red wine and some Joni Mitchell records. As a "starving artist" in the truest form, adorning the walls of his home with the artwork he loved and appreciated wasn't an option, so he began to create his own. Drawing inspiration from modern pieces that are both striking and surrealistic throughout his childhood, Douglass combines fundamental symbols and objects with vivid colors that highlight the boundlessness and at times, overwhelming nature of wide open spaces. Douglass says that painting is "a refreshing alternative to music yet still as introspective of a creative outlet."