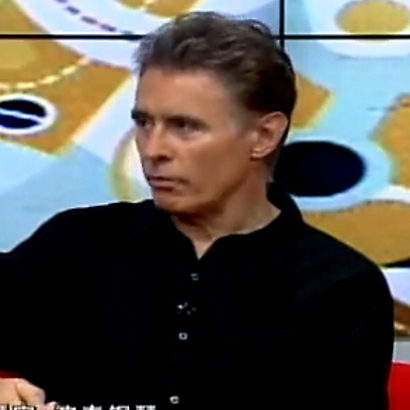 Ford Crull explores the expressive power of personal and cultural symbols in a series of densely painted and vividly colored compositions. Ford uses identifiable images such as hearts, wings, crosses, and the human figure, as well as geometrical emblems and abstract forms whose meanings are less explicit. Words, in the form of cryptic, fleeting phrases, also animate Ford's pictorial world. He employs a myriad of symbols which variously imply a sexual unfolding, romantic suffering, occult wisdom, and transcendental release. These symbols coexist in a psychic atmosphere in which they overlap, dissolve, and reappear with a kind of furious insistence. There is a strong element of the diaristic in his work, with each painting serving as a kind of painterly journal of reflections and reveries, set loose from their origins in specific events. In a wider sense, these paintings constitute a kind of intensive search to wrest meaning from an anarchy of feeling. As meditations on emotional chaos, they enter into a world of competing impulses and simultaneous transmissions, seeking a resolution that is both cathartic and mysterious.

Ford was raised in Seattle, where he graduated from the University of Washington. His work is in the collections of the Metropolitan Museum of Art, the National Gallery, Dayton Art Institute, and the Brooklyn Museum. His paintings were included in the important 1989 Moscow exhibition, “Painting After the Death of Painting,” curated by Donald Kuspit. Recent exhibitions have included shows in Shanghai, London, Milan, and Seattle.


Other works by Ford Crull