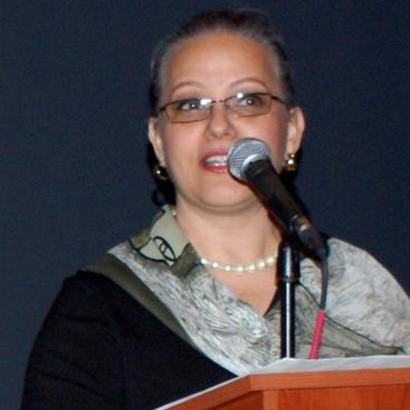 I am a visual artist and independent curator, which give me the time to work on my own art and to create new and exciting exhibits around the world. My creative life today is much more interesting since the diversity is so great. My body of work includes painting, etching, and photography. I specialize in portraits, murals, and high-end corporate decor.

Born and raised in Venezuela, settled in New England in 1976. My formal education is in architecture and interior design; however my artistic abilities were expanded in Mexico City where I studied and experienced the Fine Arts. My art career began there in 1989, as I developed my own artistic language. Since then, I've exhibited in many solo and group shows around the world and my artwork is collected in the US, Latin America, and Europe.

I've lived in Texas since 1992. In Frisco I chose the old downtown water tower as one of my favorite subjects, developing a collection of paintings and limited edition prints. My colorful version of the welcoming old Frisco water tower is used now to promote Frisco's Historic Downtown, the Main Street Merchants Association, networking sites, and many community events.

2012 Curator in Dallas for the Museum of the Americas, of Miami, FL.

2011-2014 Curator for the Texas Visual Arts Association's Downtown Gallery in Plaza of the Americas, Dallas, Texas.

2010 Inducted in Paris, as the American Ambassador of Societe des Patellistes de France.

2011 Member of ASPAS Pintores Pastelistas Españoles and the only American pastel artist invited to exhibit in the 2011 Biennial of Pastel in Oviedo, Principado de Asturias, Spain.

2010 Member of the US National Association of Independent Artists – NAIA.

2007 Member and first generation recipient of the prestigious 'Art Starter' award of the Frisco Association for the Arts.


Other works by Diana Moya