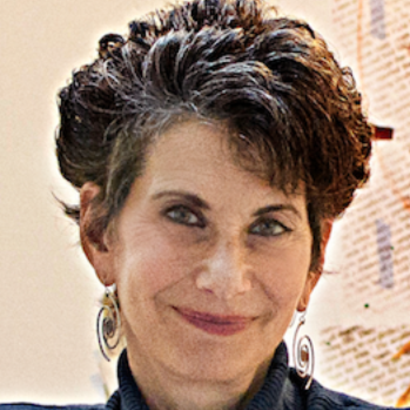 Wallpaper design and patterning have influenced Deborah Kruger’s work since her textile design training at the Fashion Institute of Technology in New York City.  She has taught, lectured and exhibited her artwork in museums and galleries throughout the US, Mexico and Europe since the 1980s.
Recent career highlights include winning an Arte Laguna Prize in sculpture and installation. As part of the prize, Kruger’s work will be exhibited in Venice in the spring of 2023. Kruger’s current exhibition “Avianto” opened at the Train Station Museum in Chapala and will travel to two other museums in Jalisco, Mexico from 2022 – 2023 culminating with an exhibition at the Government Palace in Guadalajara, Mexico.
Another solo exhibition of Kruger’s work will open at the Visions Museum of Textile Art, San Diego, CA in January 2023. In 2021 her solo exhibition “Plumas” opened at PRPG.mx gallery in Mexico City.
Kruger’s work was included in two international Biennales. Her piece Abandon is in the Rufino Tamayo Bienal that opened at the Contemporary Art Museum in Oaxaca, Mexico and closes at the Rufino Tamayo Contemporary Art Museum in Mexico City, Mexico in August 2022. Kimono traveled to the Art Textile Biennial in Australia in 2021.
Her prize-winning artwork has also appeared at the Diego Rivera Museum, Mexico City, Bernard Heller Museum, NYC, the Contemporary Art Museum, Raleigh, NC, and the Atlanta-Hartsfield International Airport in Atlanta, GA.
The international artist maintains a studio in the vibrant art community of Durham, NC which is her home base in the US as well as a team-based production studio in the lakeside village of Chapala, Mexico.


Other works by Deborah Kruger