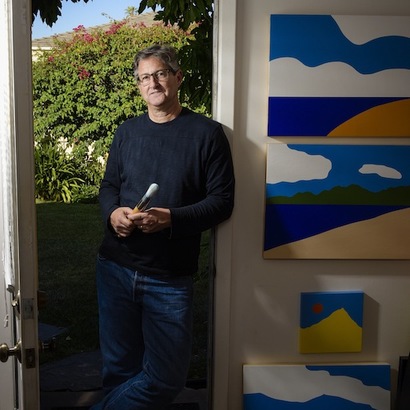 A Missouri native, David began his art career at age 18 at Missouri State University. After graduating with a BFA, he immediately headed to New York to pursue his other passion, filmmaking, at New York University. For 30 years, David then ran his own film and television production company in New York and Los Angeles, producing and directing everything from political campaign spots, to music videos, to documentaries and commercials. David won numerous awards, including two Emmys, three Cine Golden Eagles, and a Monitor Award. While in NYC, he also directed Off Broadway theatre. David is thrilled to have now returned to painting. His current focus is exploring the emotion evoked through line, shape and color. His work lies at the intersection between color field painting and representational art—examining the ways in which they co-exist within the same canvas.