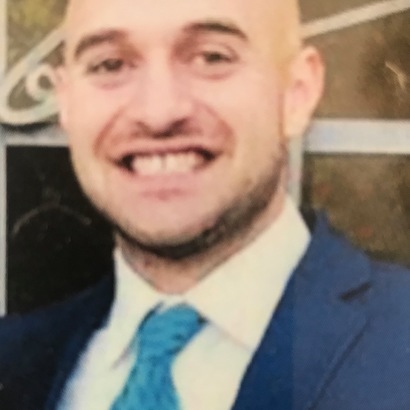 Damian Bellotti is a visual artist currently living and working in Scituate, Massachusetts. A 2017 graduate of Bridgewater State University, BA in Art with dual Concentrations in Fine Art and Graphic Design, Bellotti began his formal artistic pursuits in graphic design, sculpture and drawing. Initially his drawing/sculpture work was styled in Realism, but this proved too constrictive with his move to painting. Bellotti’s shift to painting as his primary studio focus, brought about an intellectual, soulful approach to conceptual themes—radicalizing the color palette, painterly techniques, style and scale. His current series of paintings are indicative of his newly found visual language, whereby the internal landscape of the artist merges with the mystical realm and the natural world. During his time at Bridgewater State University, Bellotti was the recipient of three scholarships for his paintings; Anthony Domingos Memorial Art Fund Scholarship, John Heller Memorial Scholarship, and Robert Daniels Award for Outstanding Senior Art Major, and was awarded Best in Show at the 2017 Bridgewater State University Annual Student Art exhibition. Since graduation his work has exhibited in solo and group shows at Imago gallery in warren Rhode Island, and at North River arts society in Marshfield Massachusetts.


Other works by Damian Bellotti