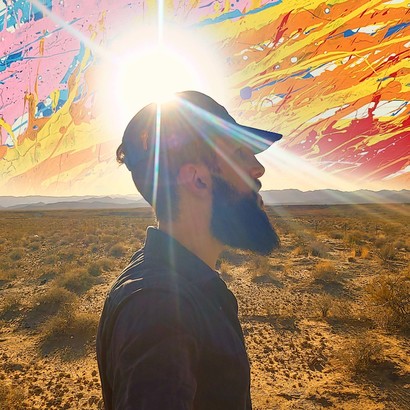 About Cody The Creative

‘Cody TheCreative’ grew up in New York and started drawing at two years old. For most of his early childhood, he rarely put his pencil down. Among his earliest endeavors, he paused VHS tapes to draw his favorite characters, as well as those appearing on album covers and baseball cards. At just eight years old, he had a solo exhibition in Greenburgh, NY titled, Heroes and Icons. Cody then, in adolescence, fell off the art wagon.

While finishing his college degree in Creative Writing at SUNY Purchase, his love for art was reignited. He took a life-drawing course with noted visual arts professor, Roger Hendricks. As an elective, he assumed it would be a simple way to earn an ‘A’ as well as complete his degree. The next thing he knew, he became the teacher's assistant (for no credit!).

For most of his early years and well into his twenties, Cody's work was about detail. Both his subject matter (portraiture) and his medium (graphite) seemed to be intrinsically detail oriented to him. It wasn't until Cody took a summer class with landscape artist, Todd Gordon, who inspired Cody to explore nature as a subject that he was forced to loosen up a bit. Up until that time, Cody had only drawn people. This exploration of art through nature (or nature through art) has become one of Cody's favorite creative endeavors. He immersed himself in his art with a passionate fervor and considered himself a serious artist. During the years it took him to stop outlining things, adjust to the new medium, (charcoal) and let the shapes interact with each other, the intent, however, remained the same – replicate.

While in his mid-twenties, he began working on #CodysPastels, and as a result of working with the new medium, took on an Impressionist approach. Cody has since traveled all across the United States simply to draw a place he has never seen. He carried this same intention during his travels to Puerto Rico and Italy: to capture nature in art. Cody is now recognized as a member of both the Pastel Society of America and the American Impressionist Society. Among his current goals, he plans to travel to all 50 states in order to draw or paint from nature.

In his late twenties, when he began to play with paint, he ventured further to explore both Abstract Expressionism and Minimalism (possibly to cope with the new challenges that the medium presented.) Cody has also been inspired by the concept of the unconventional canvas, which so far has resulted in him painting on things from sneakers, to clothing/apparel (#CodysWearableArt), to keys, to pennies! He brings a fun, playful approach to these everyday mediums, and in a brief period, his #PennyPopArt has transformed into a fully developed body of work made up of hundreds of pieces in the Miniaturist genre. This collection has brought Cody attention from some of his favorite pop icons, as well as acknowledgment from the art world.

After the events of 2020, Cody felt a creative shift coming but wasn't sure how to tap in. He believed social media and pop culture were both fueling his creations and hindering his creativity simultaneously. His 2021 New Years resolution was for the entire year to only create art for himself. If he wouldn't want to hang it on his own walls, then it would not be something he would be creating on his own time. If it was something he thought was particularly Instagramable, but not something he connected to personally, he would be leaving it by the wayside.

The first piece of 2021 that Cody created was an abstract and it didn't happen until February. Not drawing from his usual source of inspiration took some time to adjust to, and he didn't create much in the first half of the year, but when the weather in New York warmed up, he was back outside drawing en plein air. He then drove from New York to Los Angeles stopping in each state along the way to draw some spectacular views. It was a year of searching. A year of rediscovery. Then it hit him. What if he mixed his love for nature with his love for abstract expressionism?

Now in his early thirties, venturing into a new genre (surrealism) Cody has fused his love for nature and abstract expressionism to create from within. He no longer aims to replicate and is for the first time in his professional career as an artist pulling scenes from his subconscious. The colors are vibrant; the scenes are poetic; and the impact is plentiful. Cody believes he has found his voice and feels that his new collection, Splattered Skies, will keep him busy for years to come.