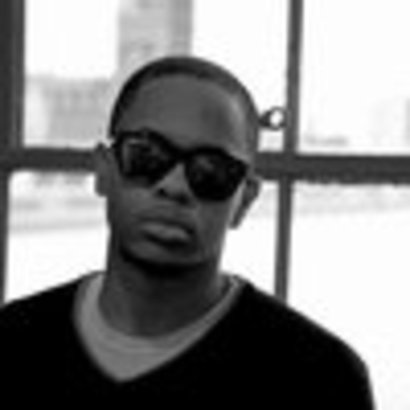 C.M.P. (Christopher McIntyre) is a Milwaukee native whose corporation is based in Los Angeles, California. As an autodidactic artist with brief mentorship from John Daniels III, Andrew Thomas Clifton, Lawrence D’Attilio and street artist HAVE GOALS, C.M.P. is blessed with the gift of creativity, to craft the most ordinary into an extraordinary timeless piece in various artistic outlets.

The global vision for CMPerceptions, Inc. is to combine the essence of fine art into meta-cognitive content that propagates upliftment to the viewer that absorbs the propaganda of positivity. Considering C.M.P. has been creating & actively learning in his industry ever since he was 13 years old, it should not come as a surprise that his ways are unorthodox. C.M.P. is a ‘young temple with an old soul’ aged at 23 as of December 2012.

C.M.P. has showcased artwork at the Milwaukee Art Museum twice for Kohl’s Family Sundays, as well as given the opportunity to be apart of the Milwaukee Art Museum’s Wisconsin 30 showcase as the youngest artist. Also, C.M.P. is within ArtBook MKE’s first international booklet, has showcased at an ART Milwaukee jamboree, as well as been active with the revolutionary art gallery RedLine Milwaukee as the one of the youngest artist to have undergone their 2 year residency program. C.M.P. also shot the limited edition fine art catalog for RedLine’s annual fashion show under the theme of “Fusion”.

C.M.P. has a passion to serve the community which is why he teamed up with Common Ground WI to create a film documentary called “The Green Project”, his first of various documentaries. C.M.P. has also labored in a mentoring / teaching fashion within the educational arena with inner city children at various Boys & Girls’ Clubs along with YMCAs. C.M.P. also pioneered a youth column with the Milwaukee Community Journal called ‘Youthful Perceptions’ for a season.

CMPerceptions, Inc. is a corporation that labors in the fields to rebuild communities crafting art with a message of love, light & life with uncompromising creative, revolutionary innovation.