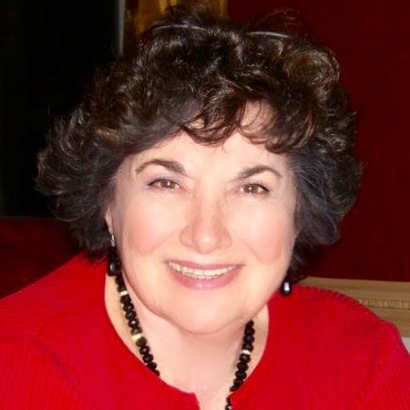 Goldberg, a native of New York who currently resides in Connecticut, received her Masters in Creative Art Therapy in 1995 and is a member of the National Honor Society for Counselors. While she has consulted as an art therapist for various organizations, her first love is painting. For Goldberg, painting is the equivalent of breathing. Goldberg’s artwork is diverse but her specialty is abstract mixed media. The materials used in Goldberg’s work include collage, acrylic, watercolor, newspaper, yarn, tissue paper, wax, gesso, rice paper, corrugated board, graphite, prints, burlap and sandpaper.
Goldberg has won many awards for her art, including Awards of Excellence, the Grumbacher Medallion, and the Julia Cohn Award of Creativity. She is the recipient of the prestigious George M. Estabrook Award from Hofstra University, the “Woman of Distinction in the Arts” award from the Town of Oyster Bay, as well as the “Woman of Distinction in Community and Civic Affairs,” for her outstanding efforts and activities to enrich the cultural life of the community. Goldberg lectures at universities, and gives workshops and demos to art leagues. She is a past President and Treasurer of the New York State Association of the National League of American Pen Women, and previously served as President of the Long Island Branch. Her work has been exhibited at numerous museums and galleries including the Salmagundi Club, where she won the Merit Award, the National Academy of the Arts, the Heckscher Museum, Lincoln Center, Caulkins Gallery, the Nassau County Museum of Art, Scarfone Gallery, Polytechnic University, Firehouse Gallery, Sumner Museum, the Nathan Hale Gallery, as well as in the 9/11 Exhibition at the Emily Lowe Gallery. Her paintings are included in many prestigious corporate as well as private collections.


Other works by Beth Goldberg