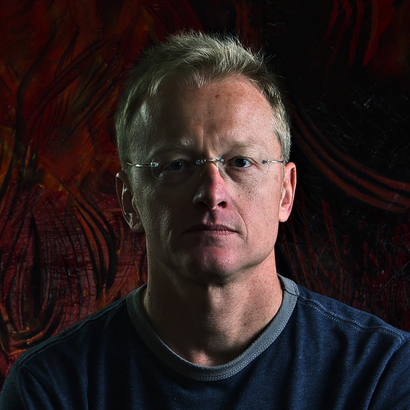 In a career spanning nearly twenty-five years, Barry Sparkman continues to explore the creative possibilities of nonobjective paintings and prints in his new home of Phoenix, Arizona. His work reflects a passion and respect for nature in all of its forms. So far, Barry has lived in Tennessee, Vermont, Pennsylvania, Louisiana, Texas, South Carolina, Montana, and Florida, and he consistently absorbs the look and feel of each place, storing his impressions of each place to create abstract works of art.

In addition to his teaching practice, Sparkman regularly participates in solo and group exhibitions at venues throughout the United States. He has also received numerous awards, artist grants, and he has been featured in a variety of publications.


Other works by Barry Sparkman