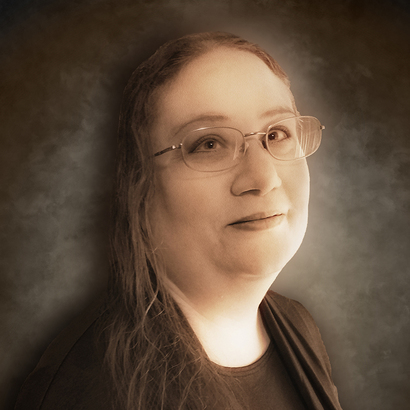 Natascha Wise is an artist painting in a suburb of Denver, Colorado. She finds art gives her the ability to express those things too broad and deep for words. Through art, she connects with feelings, thoughts, daydreams, and hopes for the world. She paints to grab onto those fleeting moments of life where the purest emotions live and to preserve them. Wise hopes that her art will bring joy and light to a world that too often is filled with darkness.
Wise was born in England on an Air Force base near Oxford. She was the only child of an Airman who painted and drew in his spare time. Wise lived in a world of art from her earliest days. Few knew how to categorize it at the time, but she was born with high-functioning autism. She faced many difficulties as a child, as she tried to learn to navigate her way through the world. Where most children her age wanted to run around outside and play, she preferred to sit inside and read or draw. The research about autism was scarce at best, and her father often struggled with how to teach her. He found that art was one of the best ways to engage with his daughter, and his love of painting and drawing proved to be a bridge between them.
The family returned to the United States early in her life and moved several times in her first six years. Where many children would have found it difficult to leave places behind so often, she barely noticed as long as her crayons and paper came along. Her father found art relaxed him significantly after a hard day on duty. Whenever he would draw or paint, she would enthusiastically start peppering him with questions until he sat her down with paper and crayons and told her to try it herself. She graduated to paints and canvas, and later to digital painting.
As her love of art flourished, Wise dedicated much of her life to studying art history and techniques. Due to issues associated with her autism, she pursued her education through one-on-one sessions with artists rather than in the standard classroom setting. She has taken intensive classes from Val Cameron Belwon, Johannes Vloothuis, Alain Pickard, Ian Roberts, Deborah Stewart, and Carrie Schmitt.
Natascha Wise has shared her art with collectors in the Denver metro area for several years. She has several pieces on permanent display in the Boulder County Justice Center Probation Department in Boulder, Colorado, and in Ryan Wellness Center, also in Boulder. She has exhibited works in several local and national shows over the years.


Other works by Natascha Wise