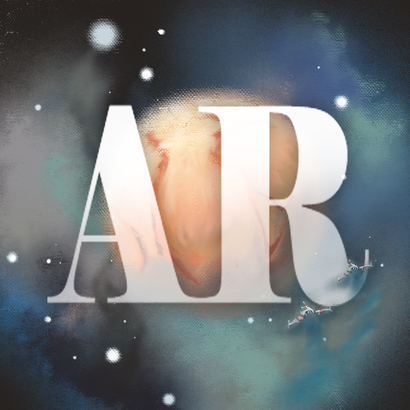 Aaron Rolfe, a prolific artist & versatile creative.
Born & raised in the south of England Aaron showed a keen interest in the arts from a young age and began drawing as soon as he could hold a pencil to paper, spending his youth depicting surreal scenes from worlds beyond our own. He found it was the best way he could communicate with the world.
Growing up near the Jurassic coast Aaron was inspired by the stunning natural formations and the storied past they contained, as well as humanity’s march of progress as the new millennium dawned.
After discovering Humanism in his formative years he decided to make the advancement of mankind, and our place in the vast cosmos a central theme in his work. He hoped to depict what we are capable of when working together toward a better future.
After finishing his school career, he decided to hone his creative skills and discover what industry he fit into by enrolling at The Arts University Bournemouth working towards a diploma in the arts. After graduating he enrolled again at the Arts University Bournemouth studying for a Bachelor of Arts in Cinematography and film production.
In 2020 Aaron decided to move to London, the beating heart of England's creative worlds, pursuing a career as a freelance Illustrator and concept artist for film & television.
To date, Aaron has found moderate success creating artwork for Science fiction publications in the United States and England, as well as crafting concept art for various independent film projects from around the globe.


Other works by Aaron Rolfe