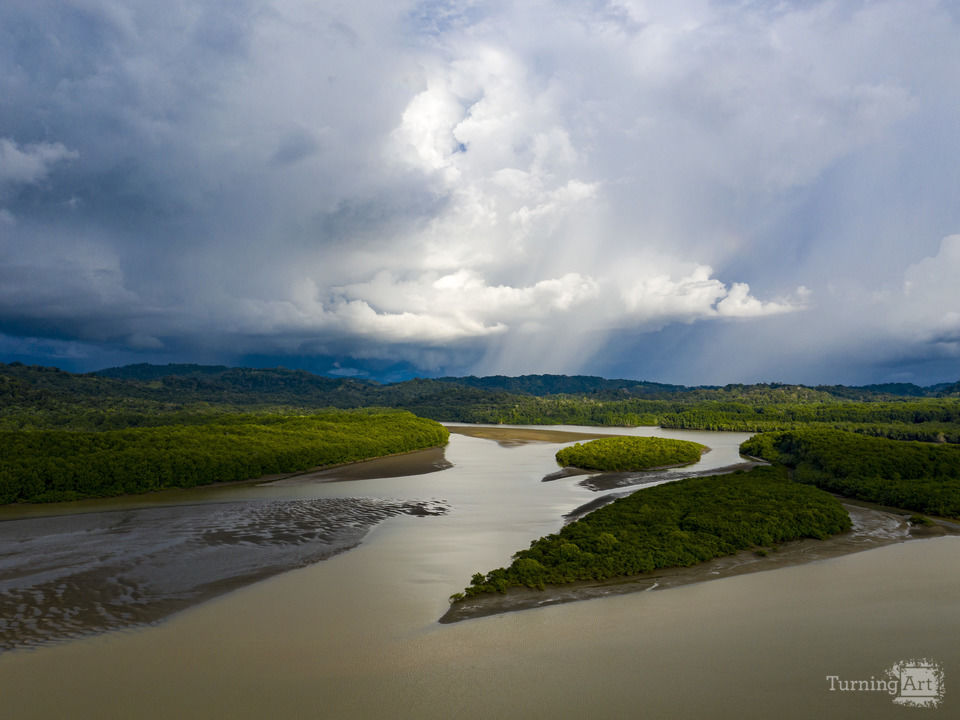 Low tide and rain on the river in Playa Zancudo Costa Rica. Near the Oso Peninsula.

Other works by Matt Rissell

Matt Rissell is a fisherman, videographer, photographer and all-around "hydrophile":http://en.wikipedia.org/wiki/Hydrophile.

While spending as much time on the water as possible, Matt loves to share his experiences with others through video and still photography. Whether he is hundreds of miles offshore along the continental shelf chasing tuna and sharks or resorting wooden boats with friends, Matt is extremely passionate about life on and around the water.

During the last four years, Matt has worked professionally in the fishing industry while filming, editing and producing a fishing a boating program for cable television. It is the highest rated outdoor program in New England. And shot for shows airing on the Outdoor Channel and Discovery Channel.

Throughout his career, Matt has taken part in a variety of projects and efforts. He released a nine hundred pound bluefin tuna while filming and documenting third generation tuna fishermen out North Lake, Prince Edward Island; "The Tuna Capital of the World":http://www.gov.pe.ca/news/getrelease.php3?number=3563 as well as a seven hundred pound blue marlin. Matt has also collaborated with "NatGeo":http://www.nationalgeographic.com/ and the "Ocean Health Index":http://www.oceanhealthindex.org/ to document the history and resurgence of the striped bass population along the eastern seaboard and the "Joe Cronin Memorial":http://www.joecroninfishing.com/Joe_Cronin_Memorial/Home.html Bass and Bluefish Tournament. Other destinations include: Zimbabwae, Tanziana, Gabon, Chile, Costa Rica, Guatemala, El Salvador, Mexico, Thailand, Chile, and many more.