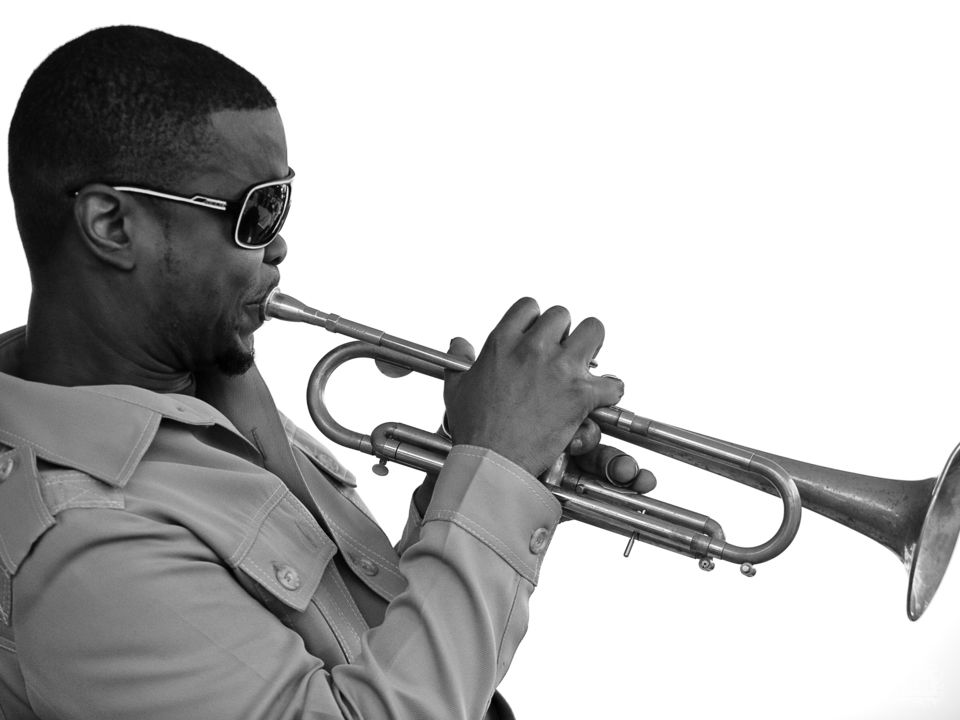 Performance Portrait taken in 2010 at the Hyde Park Jazz Fest in Chicago of young trumpet sensation Maurice Brown from Chicago.

Other works by Javet Kimble

Javet Kimble began his study of photography in 1971 when in a basic photo class he learned the "Zone System":http://en.wikipedia.org/wiki/Zone_System, developed by Ansel Adams, which continues to be an integral part of his photographic process today.

School was followed by 10 years as a free-lance photographer and co-owner of a school portrait business. Kimble used film cameras exclusively for the first 29 years of his career. He processed his own film and prints and although his work is now 90% digital capture he still takes pride in a hands-on approach to all aspects of his photography.

In 2008 Javet was one of five photographers whose work was featured in the book "JAZZOGRAPHY: A Portrait of the Chicago Jazz Fest at 30":http://www.jazzinchicago.org/jazzography-portrait-chicago-jazz-festival-30. The book, published by the Chicago Jazz Institute, documented in photographs the performers and spectators during the festivals 30 year history.

Kimble recently retired from the position of Staff Photographer for The City of Chicago, where he worked for 26 years.