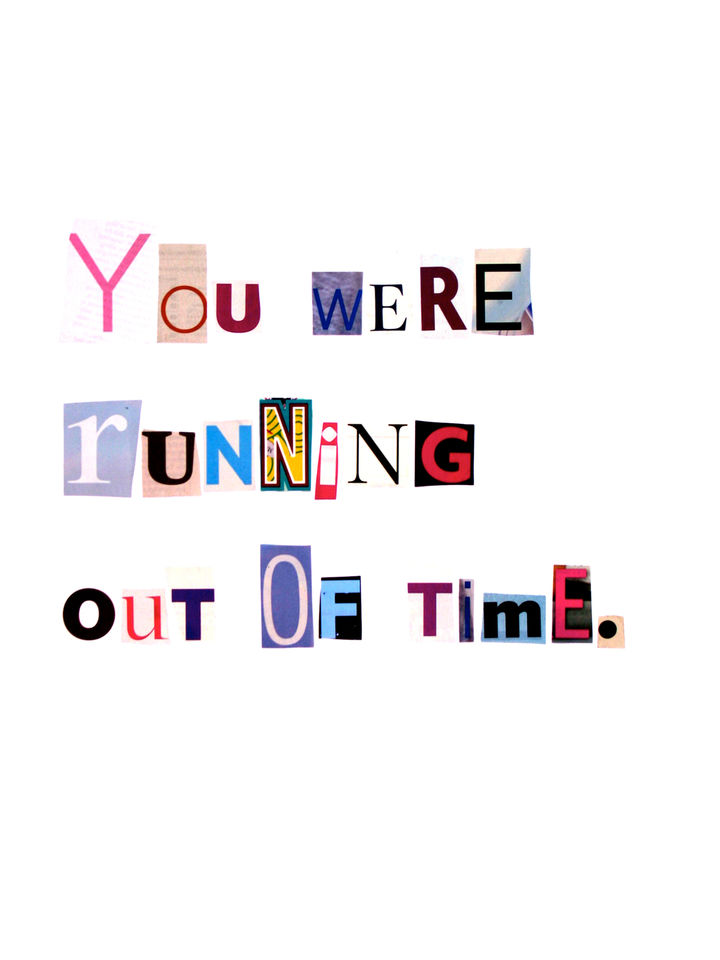 You were running out of time.

Other works by Timothy Buckwalter

Over the last five years, Buckwalter helped pioneer the curating of online exhibitions, including his own yearlong weekly drawing shows. Recently, he guest curated a show — based on Echo & The Bunnymen’s pop classic Killing Moon — for "The Beholder":http://www.beholder-art.com/guest_curator/10/Fate-up-against-your-will.html. He has also guest curated Come Tomorrow: 25 Years of "NIAD":http://niadart.org/ for Eyebeam’s Add-Art project and Feeling Yourself Disintegrate for SFMOMA's OpenSpace.

For the first half of 2011, Buckwalter organized a three-part exhibition series for NIAD that combines the work of more than 30 mainstream artists with works from more than 25 disabled artists in NIAD's gallery space. The series coincided with a retrospective of the program, organized by "Larry Rinder":http://en.wikipedia.org/wiki/Lawrence_Rinder at the Berkeley Art Museum.