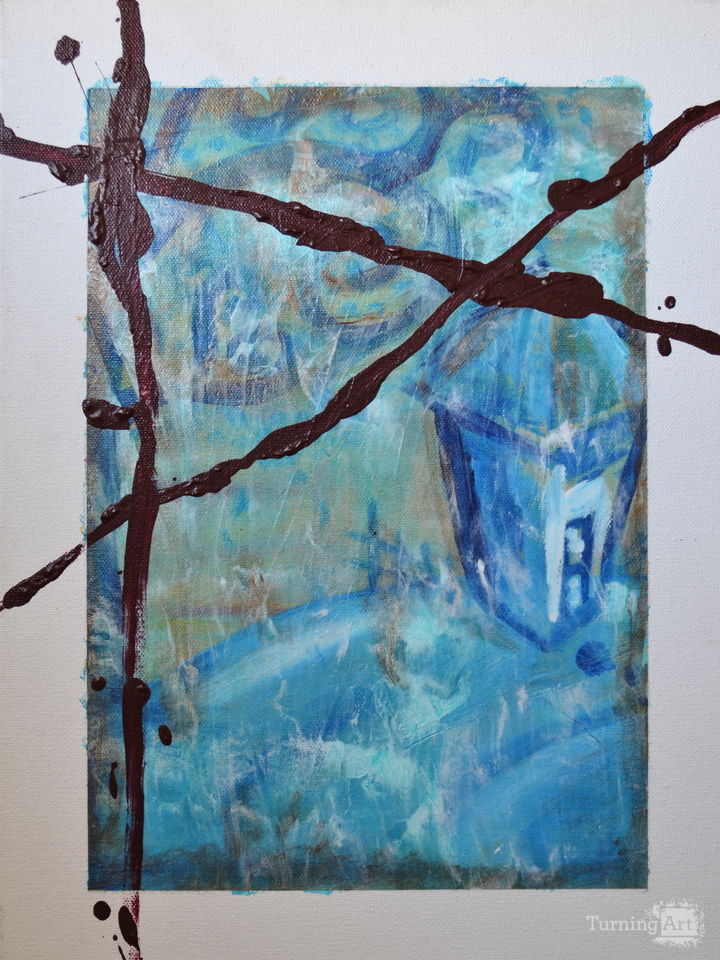 The background image is layer upon layer of images that conjure my idea of home. And then it got ruined.

Other works by Kristen Klein

Kristen Klein is a Southern California based artist who primarily works in paint and mixed media. Art has been a part of her life since she was young, which led her to study Studio Art at the University of California in Irvine. Kristen began creating pieces for herself and others after graduating, and started to take part in various group and solo shows.

Kristen is a conceptual artist, where many genres and styles of painting serve the central idea. The idea that most inspires her is that of everything being connected. Every action, every person, every bit of energy is moving, changing, and shaping all that it touches. Kristen's work tends to feature two different forces combining or interacting, with bright colors and recognizable images.