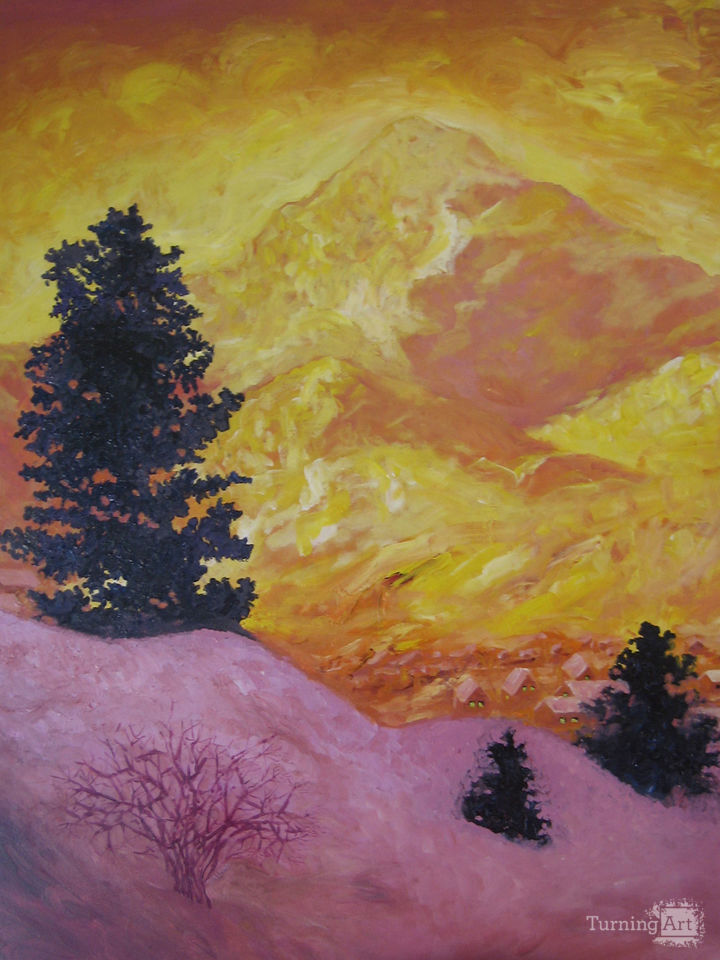 A winter scene inspired by a Maxfield Parrish painting

Other works by Steven Sullivan

Steven Sullivan started his career as an Artist in 1986, after graduating from the Art Institute of Philadelphia. While the courses were varied, his study was specifically focused on painting and illustrative techniques. He studied under Jack Martin, a successful Painter and Illustrator. Influences in his work as it developed, were artists such as Maxfield Parrish, Gustav Klimt, Henri Rousseau, Andrew Wyeth and many others.

His first commissioned project was a painting and poster print from Scholastic Inc. which conceptualized who truly discovered America., This job came about six months after graduating from AIPH.

Steven continued to work out of New York City as an illustrator, while always exploring ways to make the transition to fine art. He won an award for one of his paintings from the Society of Illustrators in New York, and was featured in their 31st book and show at the age of 21. He continued to obtain work from many clients, like Forbes Magazine, Readers Digest, as well as private and corporate commissions. His decorative realism style and attention to detail, lent his work to find interesting ways to design and paint industrial items for manufacturing clients like Union Carbide, and Trans Atlantic Cable, showing underwater pipelines in deep-sea waters.

Now married and living in Los Angeles, Steven is creating a large canvas series in his “Decorative Realism Style” that encompasses Southern California Rural and Urban Landscapes, Humans and Animals in “Captured Moments”. In addition he donates some of his paintings to Dog Rescue in Southern California