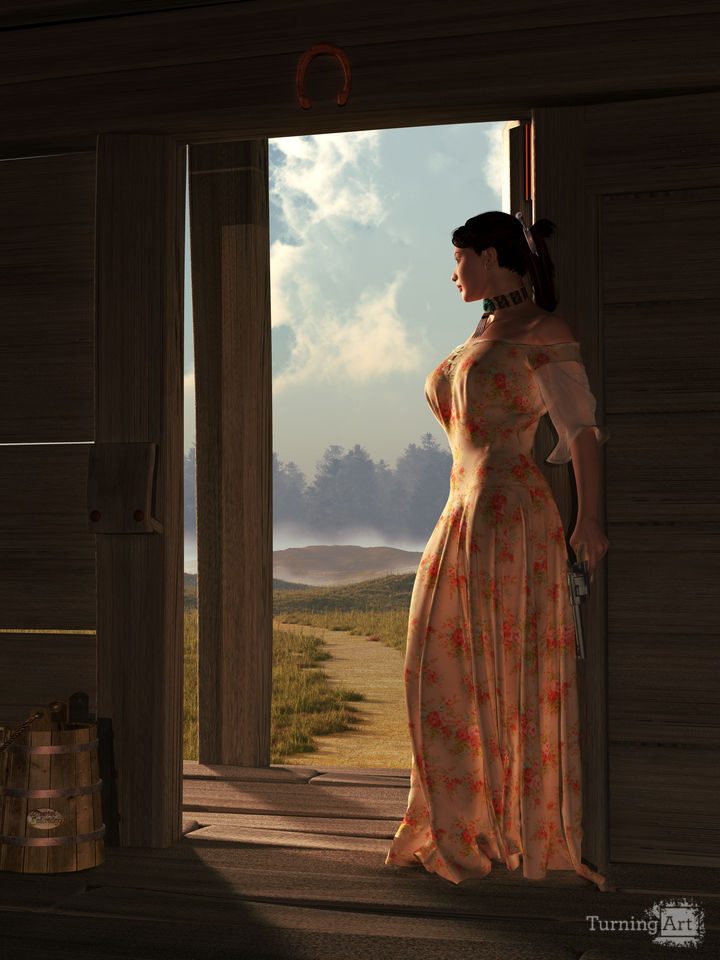 A woman in a flowery dress leans agains the frame of an open door in a wooden homestead. She looks out down the path that approaches her home. In her left hand, she holds a revolver, just hidden behind her dress.