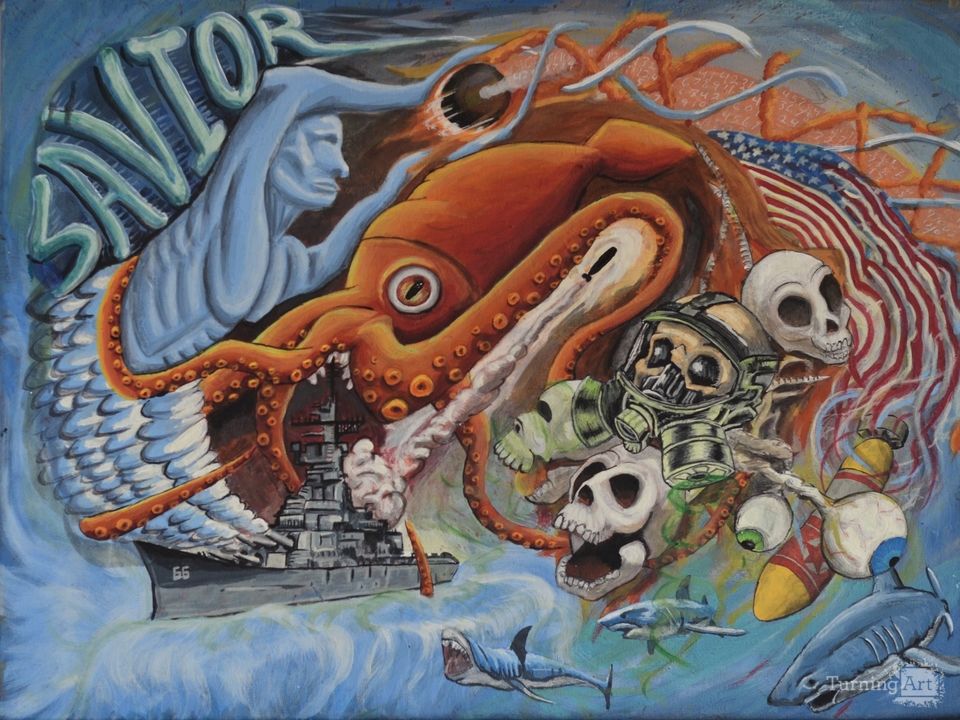 Other works by Hector Sandoval Jr.

Hector Sandoval Jr was born in East Los Angeles, CA in 1985. He was raised in the City of Angels but has lived in many different parts of the country. Hector graduated from El Rancho High School in 2003 and then attended the Ryman Arts Program at USC. After a series of odd jobs and adventures, he decided to fully focus on his artwork.
In the winter of 2008, Hector moved to Downtown Los Angeles and began networking with local artists and musicians. There, he began to create original pieces of Art inspired by personal issues and political views. Trying to make a statement without trying too hard to make a statement. Taking himself seriously, while laughing. Hiding his views behind the Art.

“The feel i try to accomplish is a cheerful macabre. I enjoy making light out of dark subject matter. Some people try to label it as “Street Art”… whatever works."

Currently based out of Long Beach, CA, Hector is continuing to make original, custom pieces of art and booking exhibitions throughout the greater Los Angeles area. Be sure to catch a show!