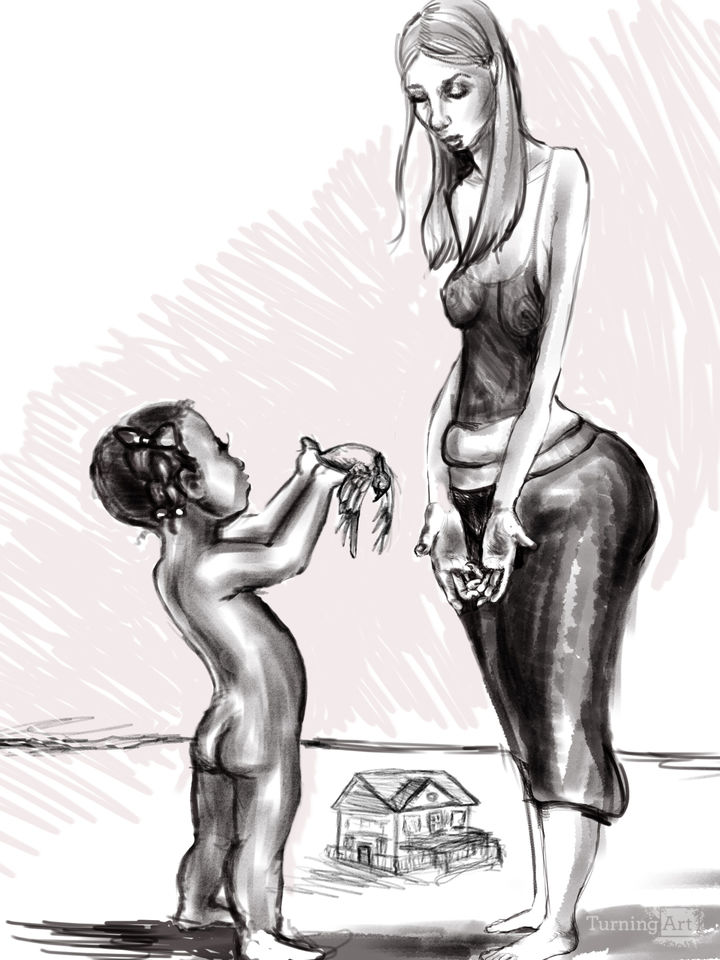 The area where I grew up in Florida is home to a huge population of immigrants from the islands of Jamaica, Barbados, St. Lucia, and so on. But probably one of the most prominent subcultures from my immediate neighborhood were Haitians. The amount of influence these people had over my life, and my little white girl bubble was immense. It has shaped so much of what I am, how I interpret things, and where my pain, my humor, my humility, where it all comes from. A few years back when Haiti was hit with one of "the worst natural disasters ever":http://en.wikipedia.org/wiki/2010_Haiti_earthquake, I felt personally responsible for going to help put things back together. Within a week of the earthquake I found a woman that was getting together a group of volunteers that would leave on a private chartered jet from California and fly into the Dominican Republic. I told my bosses about it and they were very supportive but said, I couldn't leave for any period of time without a replacement. The fact was that initially I was revved up and ready to go, I was terrified but i didn't care. I was able to look past any fear I had and just go with my gut. Then the first stop: had to find a replacement, then within only a couple of hours, my mother begged and pleaded with me not to go. She reminded m of the looting, the bodies, the dying and hurt people I wouldn't be able to help if I wasn't a doctor. All of the fear that I had about going was now restored full force. Too much time had elapsed and reality was sinking in; I never even looked for a replacement. In years to come I would change my story to say that I had a few people who could have replaced me and they said no. A lie to mask my fear. The truth was that I never called them. I never went past the initial barrier of finding a replacement while these people were dealing with "I can't find my family," or, "I can't find my leg."

To put my feelings about this into one painting would not suffice. It is just the beginning of an exploration for me, and a lot of it is very personal. I suppose coherently this initial drawing is about how we hold onto emotions and their thresholds. For example, I have gotten livid at someone while driving, or a politician on television. I have cried over a commercial on television. And yet when I have watched someone die, or when I was attacked as a child, your level of acceptance of the situation goes up, you feel less or you feel numb. To me, that is when you have gone above your normal threshold of intensity. Anger, fear, guilt, and sadness are the same emotions we feel even in a traumatic situation, but there seems to be a cap on it, some threshold that if you exceed, that is when those moments start to define your identity, at different levels of intensity, but all the same, they are the defining moments. And when you think about life, it is made up of these defining moments. We understand and interpret longer periods of time as a series of these events that evoked an emotional reaction beyond that of our tolerance threshold, and that is why they come to define us. The guilt that I hold for not taking action is just one very small example of that.

Other works by Cara Dunning

The bulk of Cara Dunning's work is concerned with female identity as dictated in modern culture, through imagination, and interpretation. She strives to shift and challenge the consciousness and perception of beauty. She enjoys creating iconic images out of women in all of her work. She draws her inspiration from fashion and fashion photography, classic painting, graphic design, anime and music. Cara was born in Pine Hills, a suburb of Orlando, Florida. She studied fine art at the University of South Florida in Tampa and now resides in Chicago, Illinois.