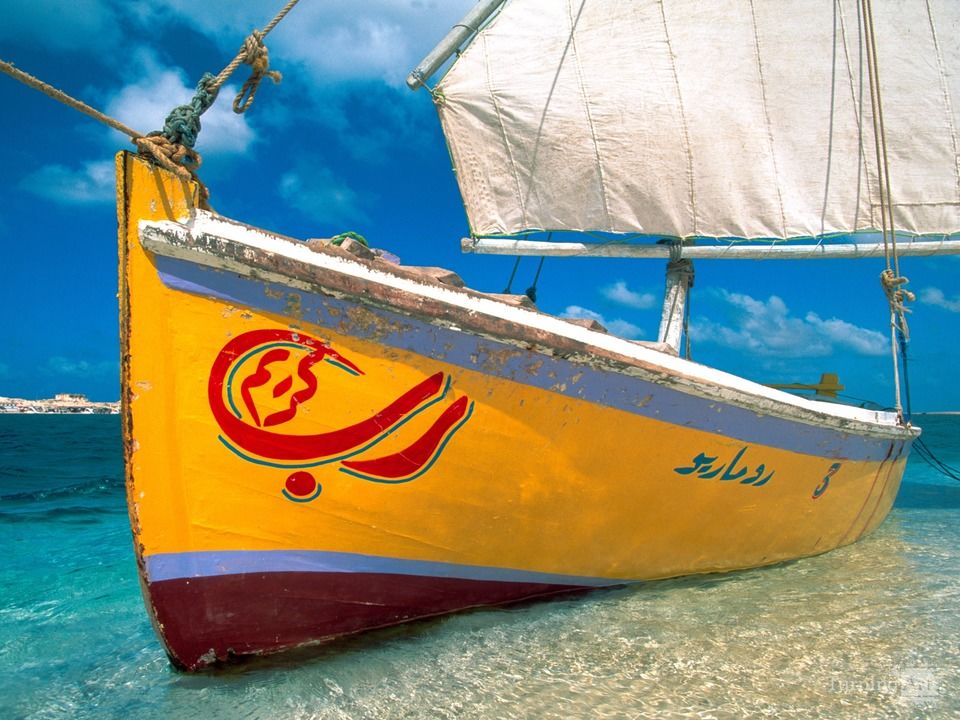 Egypt, 2000 – A felucca rests on the shore of the beautifully colored Mediterranean. Anchored in the shallow water, it waits to taxi passengers across the bay in Marsa Matrough. White sands, clear water and a rich blue sky accent the bright yellow boat.

Original work is part of a limited edition of 10, and can be purchased framed or unframed. (Price listed is for unmatted, unframed work.)

Other works by Alexander Nesbitt

A master of circumstance, Sandy survives uncertainty, emerging with winning images every time. Equal parts intrepid traveler, logical thinker, and visual artist Sandy excels at holding a message in mind while working through the visual and technical challenges of the shot. The result is a collection of on-target images created from the reality around him. The different threads of his editorial, commercial and fine art work all unify around this core sensibility of a documentary veracity.

Sandy graduated from Pratt Institute with a B.F.A.in Sculpture in 1990 after beginning his education at the University of Maine studying Engineering Physics. His hybrid technical and artistic skills came together professionally first in industrial design before he took his career into photography professionally. Sandy officially launched his a professional photo career in 1997.

Grounded on his technical and artistic training at Pratt, Sandy’s work has evolved through wide-ranging documentary, artistic, journalistic, and commercial assignments. Initially, he was inspired by the harsh, yet vibrant city landscape around his apartment in New York’s late 80′s Lower East Side, as well as the street photography of Pratt professor Philip Perkis. Sandy dove into shooting in 1988, producing a visceral collection of black and white work. In time this lead to a documentary shooting workshop with Mary Ellen Mark in 1998. From there he taught himself the realities of difficult photojournalism on a multi-year personal project in the City of the Dead in Cairo, Egypt.

Since then he has been published in hundreds of publications and produced shoots for a list of national corporate and editorial clients. Sandy also has a successful collection of fine art prints that he retails at his studio and from his Newport, RI gallery – Blink Gallery. Sandy is an accomplished professional photographer and ready to put his broad technical experience, innate sense of authenticity and world travel skills to work on your advertising and editorial projects.