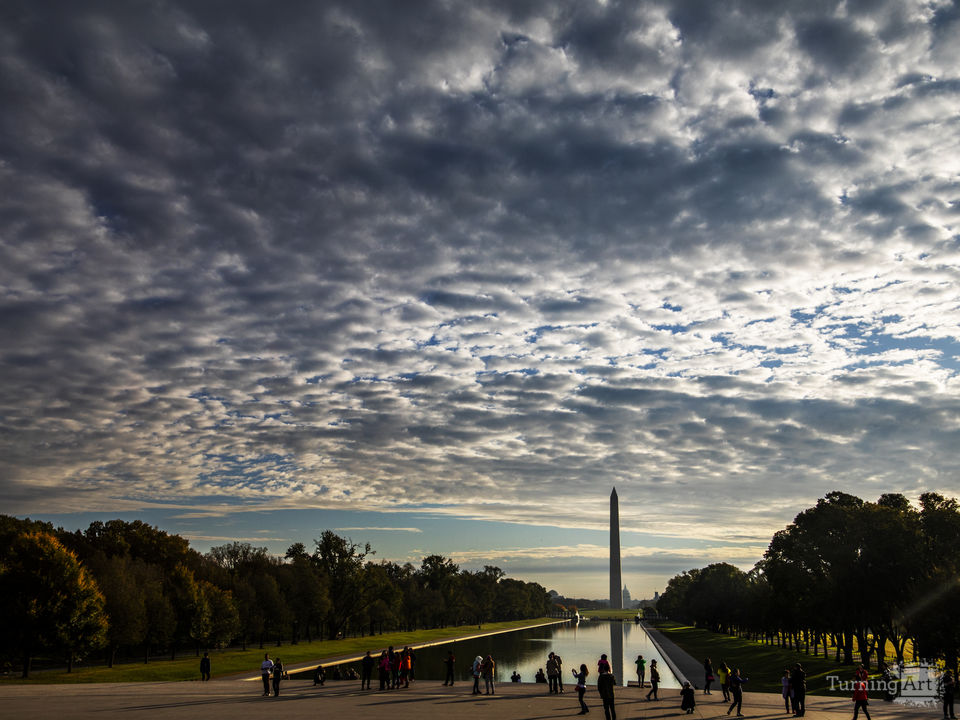 A digital colour image of the Washington Monument at sunrise. This beautiful capture evokes emotions of pride, patriotism, and awe at America's ongoing experiment in Democracy.