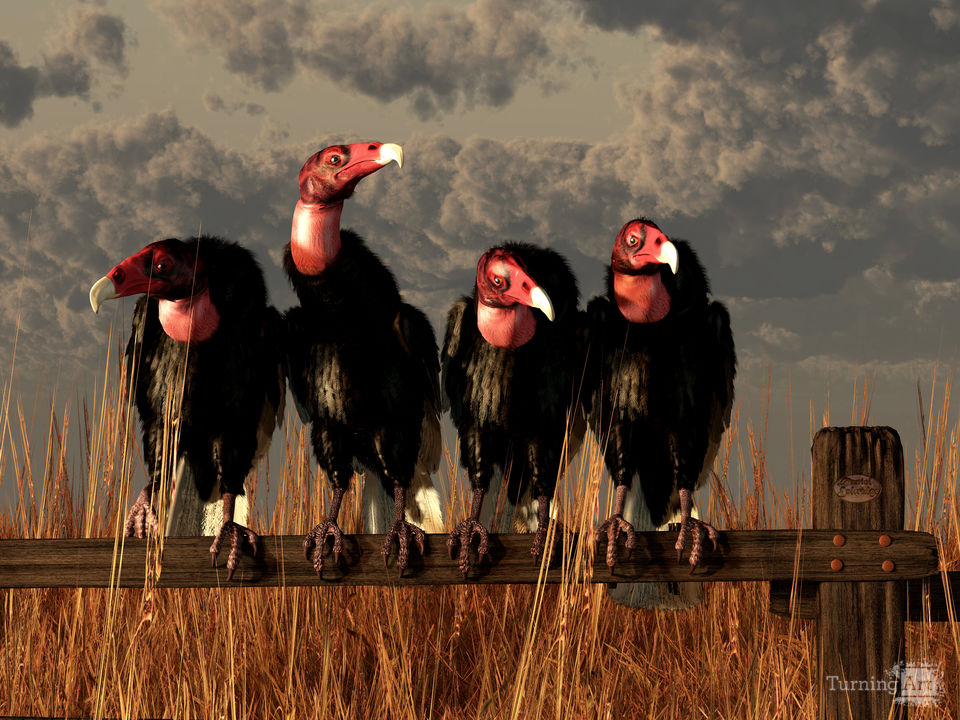 Four turkey vultures, a contended band of scavengers, perch on an old wooden fence in a wheat field. The sun is setting on a cloudy evening and these birds are just lazily hanging out. Perhaps somewhere nearby there is a clean carcass of some roadkill and the buzzards are taking a break after their meal.

Apparently, the term for a group of vultures, that is, the collective noun, is a venue of vultures. That works for this scenario in which these grim buzzards are not flying.This is not to be confused with a kettle of vultures, which only applies if the vultures are circling in the air.