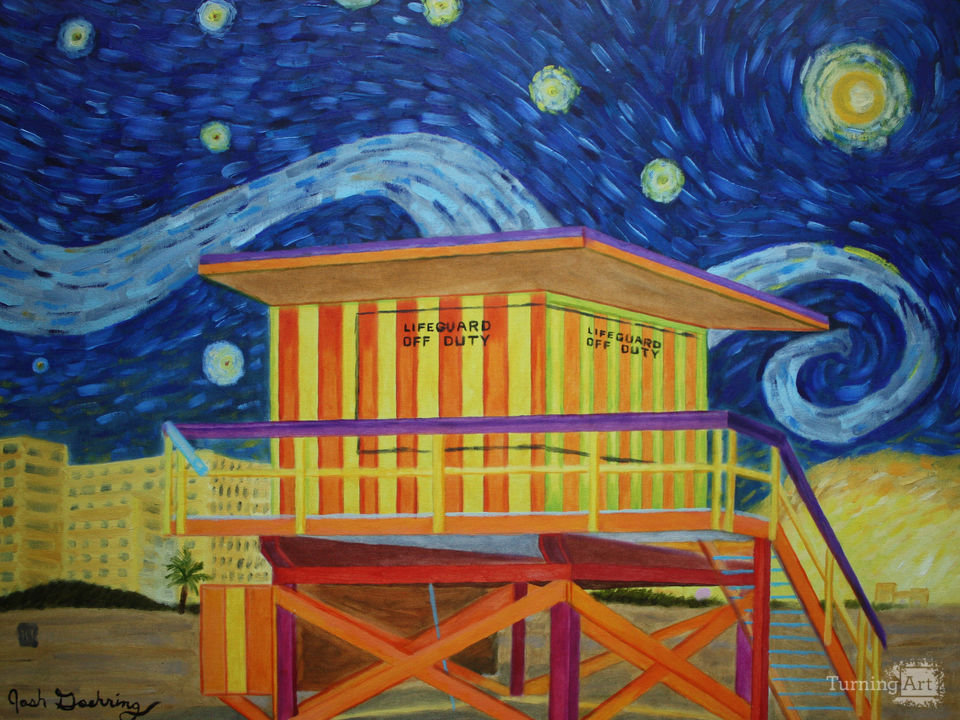 Vincent on the Beach

Other works by Josh Goehring

Originally from Pittsburgh, Pennsylvania, Josh Goehring grew up in the Florida Keys. After he discovered his talent for art, Josh fell in love with painting, and he has spent years developing and honing his technique. Living in Southwest Florida as a child allowed him observe and absorb the ideas and styles that define Floridian culture, which eventually influenced his artwork as well.

Today, Josh paints mostly in a contemporary, "Impressionistic":http://en.wikipedia.org/wiki/Impressionism style with oil paints, but he has been highly acclaimed for his work in pencil as well. His paintings are colorful, softly painted and picturesque, often featuring Floridian people, landscapes and motifs.

Josh Goehring is currently living and working in southwest Florida.